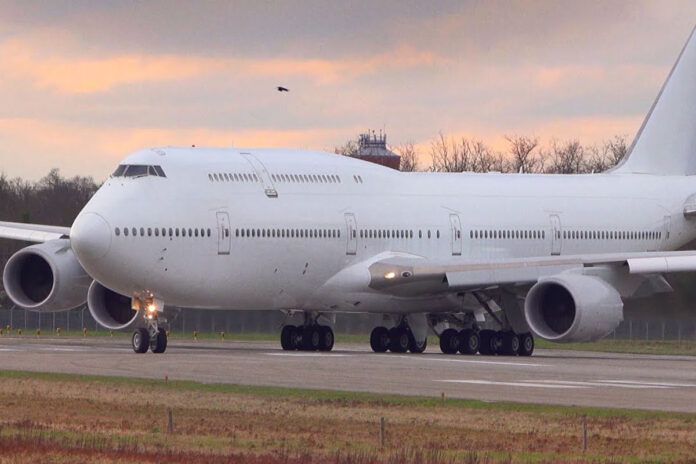 A virtually new Boeing 747-8 abandoned by the Saudi royal family 10 years ago is now owned by Boeing and awaiting an unknown fate in Arizona. According to the FAA registry Boeing became the owner of the aircraft, which has 42 hours on it, the day before it was flown from Basel, Switzerland, to Pinal Air Park, a desert storage site near Tucson. Once they arrive there, aircraft seldom leave intact, but Boeing hasn’t announced any plans for the plane. Speculation is that it will be parted out, which is the fate of most aircraft at Pinal. But the Saudis long ago abandoned the aircraft, simply because no one in the royal family wanted it.

The plane was ordered by Saudi crown prince Sultan bin Abdulaziz Al Saud for about $275 million and was being fitted with its executive interior in Basel when he died in 2011. The aircraft was never finished and none of his relatives showed any interest in it. At one point it was up for sale for $95 million but there were no takers. It sat on the ramp in Basel for 10 years before taking what might have been its final flight on April 15. The aircraft currently has a temporary certificate of registration that expires May 14.