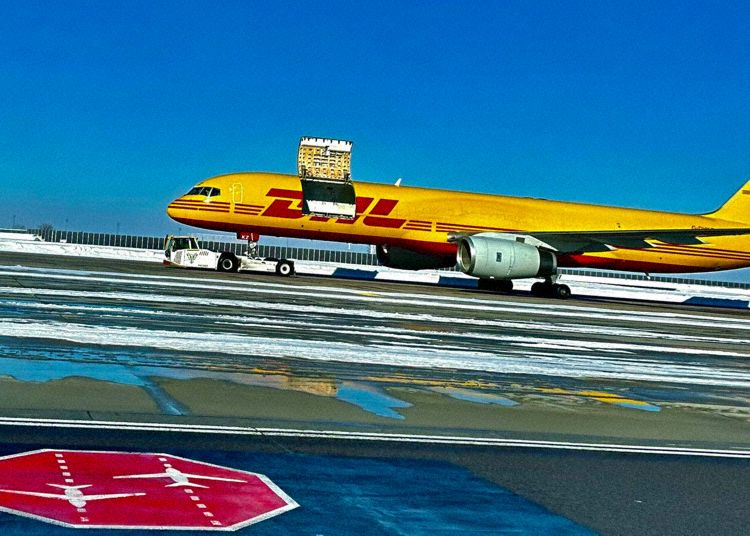 German authorities are investigating the big surprise a DHL 757-200 crew got early Saturday when the huge cargo door opened in flight. The aircraft took off from Leipzig about 5:30 a.m. headed for Frankfurt. As it passed through 5,300 feet the door opened and parts of the frame tumbled to the ground around a power plant about six miles from the airport. The incident was first reported by the Aviation Herald.

The crew flew away from the airport for about 15 minutes, perhaps to dump fuel, and returned to Leipzig. They stopped on the runway and the aircraft was towed to a ramp about 40 minutes later. There were no injuries on the aircraft or on the ground and none of the cargo went overboard. The aircraft was, however, seriously damaged. Photos from the scene show a dark fluid stain on the aircraft’s fuselage and the sill of the door looks damaged.