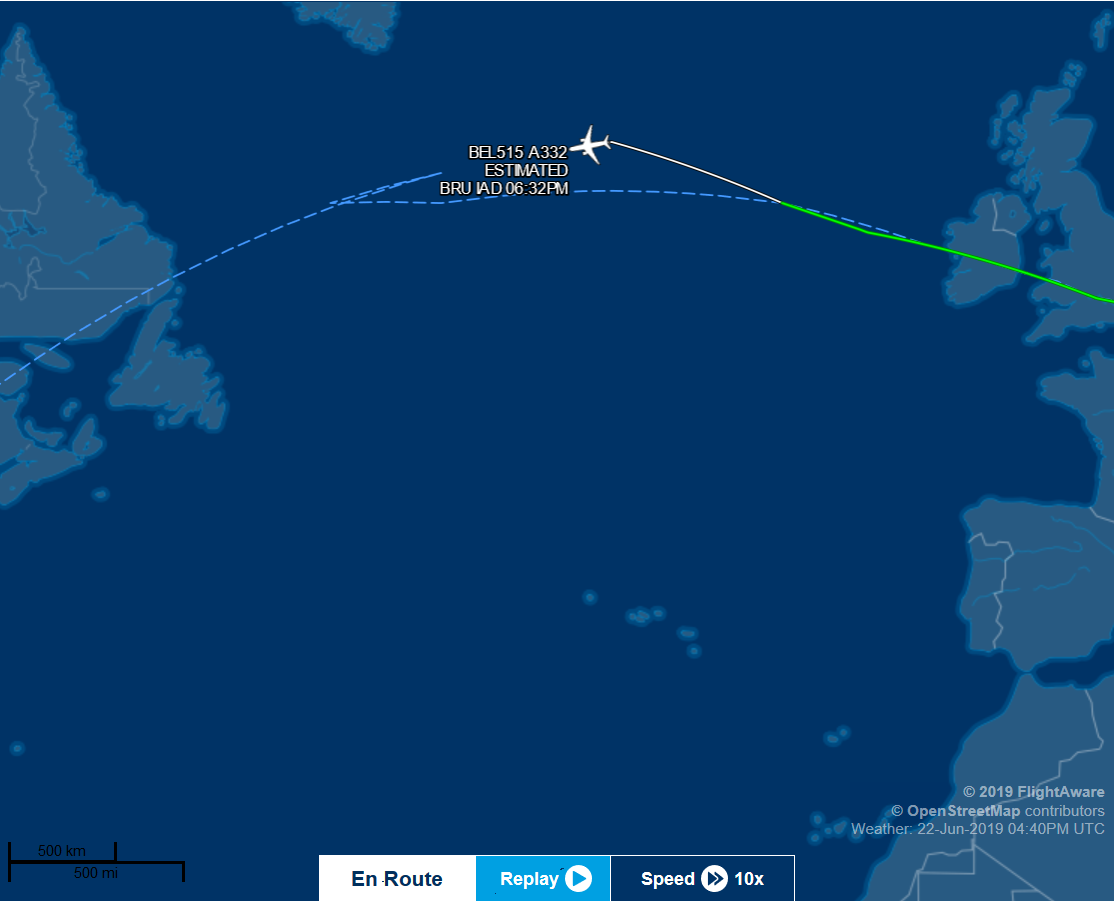 An apparent administrative error may have cost Brussels Air $1 million after a flight from Brussels to Washington, D.C., was turned around over the Atlantic. According to various forum sources (but not confirmed by the airline) the A330 involved was a recent acquisition and a last-minute replacement for the flight. As the aircraft approached Canadian airspace, someone apparently realized the plane’s paperwork for landing in the U.S. wasn’t in order and the decision was made to turn around. According to quotes from passengers copied on the forums, they were told the Airbus’ registration wasn’t complete for U.S. flights and they were heading back to Belgium.

Europe has generous compensation requirements for passengers whose flights are disrupted because of the airline’s errors or equipment failures and each was entitled to food, accommodation and about $800 USD in cash. Add that to the fuel burned and the crew disruption and one forum participant estimated the cost at about $1 million. The passengers were booked on other flights after a night in a hotel in Brussels and made it to Washington a day late. The airline said an “operational issue” resulted in the aborted flight.