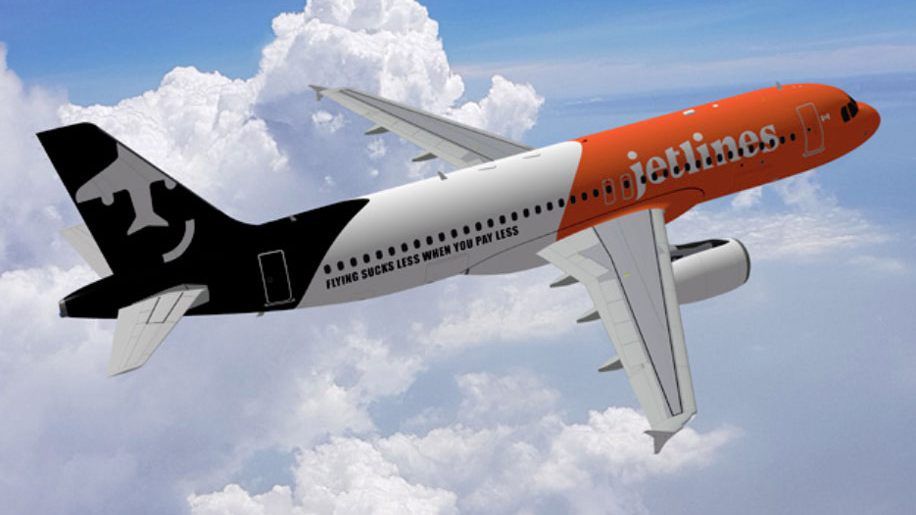 A startup Canadian budget airline has decided to promote itself with a marketing slogan that might sum up the ultra low-cost carrier experience. “Flying Sucks Less When You Pay Less” is how the self-described “rebellious” Canada Jetlines will try to lure customers away from the two already-established Canadian ULCCs (Swoop and Flair) and mainstream carriers WestJet and Air Canada. “Flying will still suck,” the airline said in a statement. “There’s not much anyone can do about man-spreading seatmates, or tiny toilet stalls. But it will suck less when you pay less.”

Jetlines said it wants to be “deliberately distinct” from mainstream carriers Air Canada and WestJet, but it’s adopting the same sort of Spirit Airlines business model that Swoop and Flair use, meaning the fare covers only the seat and seatbelt. One major difference is that Jetlines will use A320 aircraft rather than the Boeing 737-800 and 900 series used by the others. The airline says it will start flying its first routes on Dec. 17.