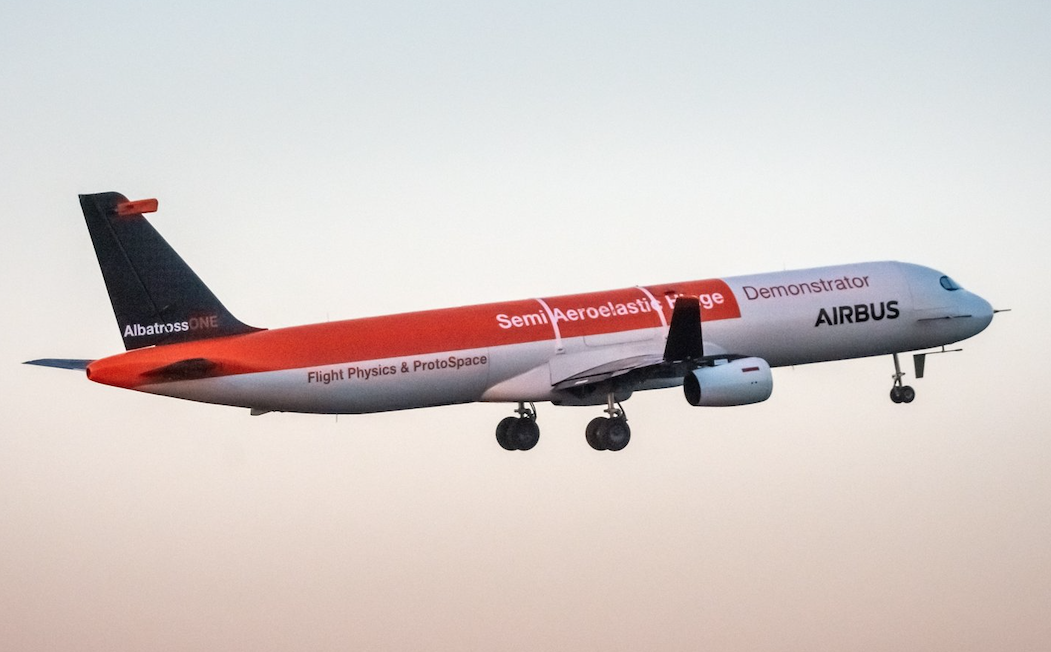 Airbus is testing a scale model of an A321 with “flapping” wingtips it says may lead to lighter and less draggy wing designs. The AlbatrossOne remote control aircraft has been fitted with semi-aeroelastic hinges on the wingtips. The hinges allow the tips to move in response to wind gusts and turbulence, reducing stress on the wing structure and reducing drag. If they work as hoped, engineers will be able to take weight out of the wing structure because of the reduced aerodynamic stresses on them. Airbus engineers said they took their cue from the birds with the biggest wingspan in designing the system.

“We drew inspiration from nature—the albatross marine bird locks its wings at the shoulder for long-distance soaring but unlocks them when wind gusts occur or maneuvering is required,” said engineer Tom Wilson. The engineers will test with the model plane with an eye to scaling up to a full-size demonstrator. “The next step is to conduct further tests to combine the two modes, allowing the wingtips to unlock during flight and to examine the transition,” Wilson said.