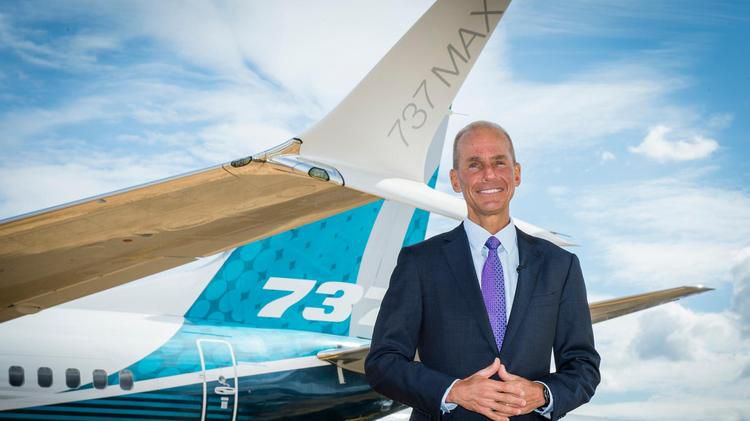 Boeing CEO Dennis Muilenburg told reporters on Sunday that the company made a “mistake” in not immediately telling regulators, pilots and airlines about the problems it was having with the angle of attack disagree warning on the Boeing 737 MAX. It only worked if the customer bought an AOA cockpit indicator and it took Boeing about a year to let authorities know. In comments ahead of the Paris Air Show, he called Boeing’s approach to dealing with the alert “unacceptable” and described as “inconsistent.” “We clearly had a mistake in the implementation of the alert,” Muilenburg said. Some news outlets described the admission as an apology for two crashes of the brand-new airplane in late 2018 and early 2019 that killed 346 people and in which faulty AOA data is implicated.

Since the crash Boeing and its development of a new software system called the Maneuvering Characteristics Augmentation System (MCAS) have been under an investigative microscope by regulators and the media and the suggestion is that Boeing withheld knowledge of the potential dangers of the system. In both crashes, it’s believed that faulty angle of attack data triggered the MCAS, causing it to ultimately overpower pilots’ efforts to stop their aircraft from diving into the ground. Muilenburg said the company is dealing with the issue with “humility” and that Boeing will emerge as a “better and stronger company.”

An earlier version of this story incorrectly stated that Muilenberg’s comments related to the MCAS system as a whole rather than the AOA issues specifically.