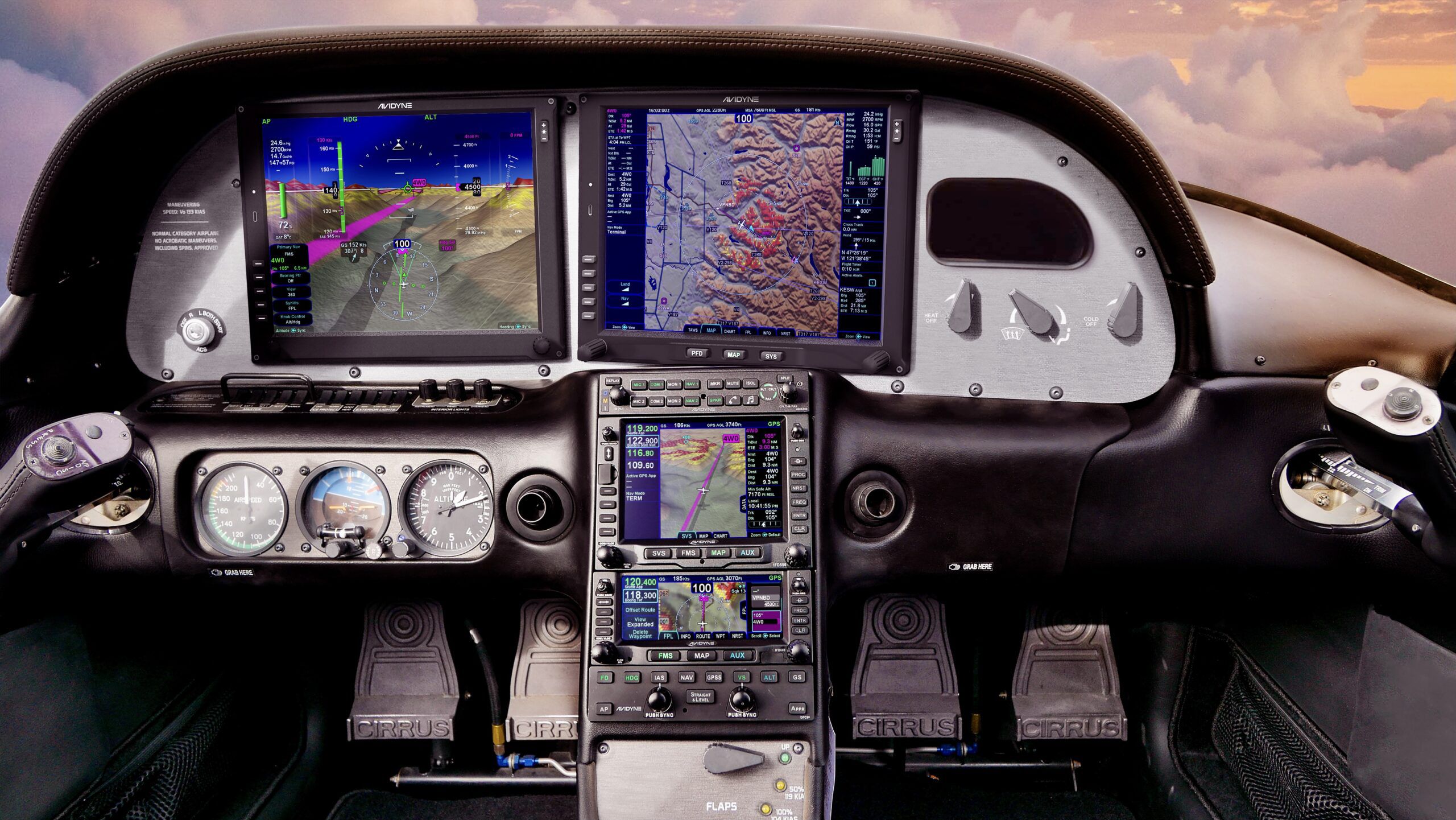 Just in time for AirVenture 2021, Avidyne kicks the competition up a notch with its newly designed retrofit flight displays it calls Vantage. These are dual 12-inch diagonal hybrid-touch displays (PFD and MFD) with built-in AHRS, and are initially designed to replace existing Entegra PFD and MFD screens used as original equipment in early Cirrus (model year 2002 to 2008) and some 700-plus Piper models. Avidyne says the older Entegra displays will still be supported.

The Vantage displays are based partly on technology used in Avidyne’s IFD-series retrofit GPS navigators, and include 3D synthetic vision, charts, airport diagrams and checklists, plus the displays are compatible with all of the external sensors that connect with the older Entegra displays, including traffic, weather and terrain systems. There is also onscreen autopilot mode control of Avidyne’s autopilot. And like the IFD navigators, the Vantage screens use Avidyne’s hybrid-touch technology. Each display—which is 40 percent larger and has 64 percent more pixels than an Entegra—has split-screen mode and you can operate it using a combination of touch and hard controls, plus there’s full reversionary mode on the MFD should the PFD fail. Like the Entegra displays, the Vantage models overlay primary engine instrumentation. They also have built-in wireless connectivity and are compatible with third-party navigation apps (including ForeFlight and FlyQ, to name two) and Avidyne’s own IFD100 program for iPad.

The pair of Vantage displays require the use of Avidyne IFD500 or 400-series GPS navigators and also Avidyne’s DFC90 retrofit autopilot, and the displays can’t be installed as standalone. The initial STC will be for Cirrus models that are currently equipped with the Entegra displays and while much of the existing wiring harnesses can be used, they require new interface connectors. And since the 12-inch Vantage displays are much larger than the Entegra displays they replace (they stand taller), shops will need to replace the instrument panel during installation.

Avidyne estimates that typical Cirrus installations might be accomplished in around 40 hours of shop time, and the displays will have an introductory price of $12,500 each (with Entegra core trade-in) once they are released sometime in 2022.