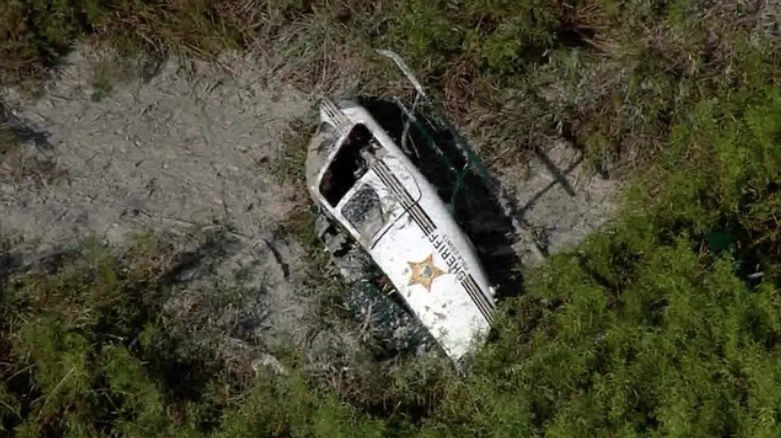 A Coast Guard helicopter plucked two survivors from a Florida swamp Thursday following a bizarre dual crash of a sheriff’s helicopter dispatched to investigate an earlier downing of a gyrocopter. Both pilots were muddy and wet, but uninjured.

The incidents occurred near Fort Meade, Florida, about 24 miles south of Lakeland. The gyrocopter made a forced landing around 2 p.m. Thursday and a Polk County Sheriff’s Office helicopter went down shortly after that while hovering near the scene in an apparent rescue effort.

“The area where they were down, it was so hard to get at. It was described as being very mucky. The men got stuck up to their chests in very thick mud. There was no way to get to the pilots on foot,” Polk County Sheriff’s Office spokesman Brian Bruchy told media outlets. Attempts to reach the two pilots via airboat failed and eventually a Coast Guard helicopter from Air Station Clearwater extracted them successfully. Officials said efforts to recover the aircraft will begin on Friday.