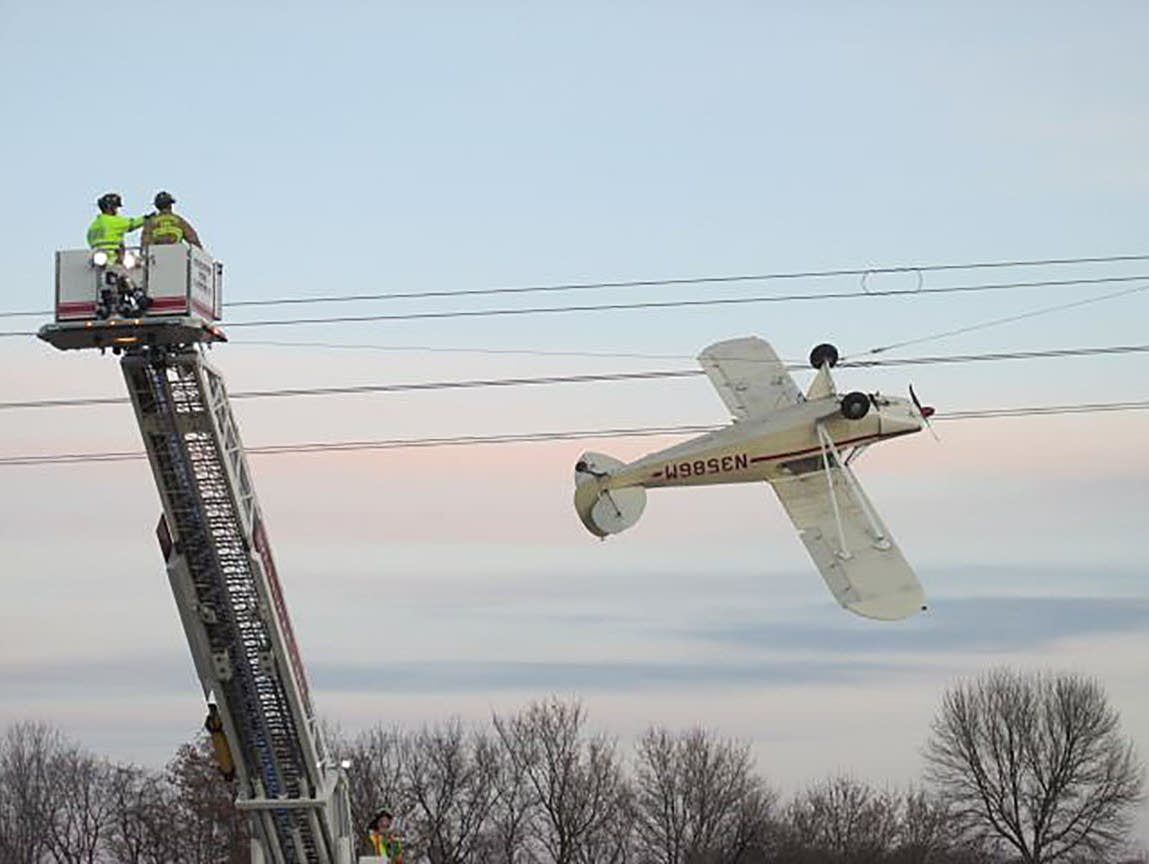 A Minnesota pilot was uninjured and his Cub appeared virtually undamaged after it became entangled in power lines south of Shakopee, Minn., on Saturday afternoon. “Initial investigation indicated that the plane, a single-engine prop Piper Cub, was traveling south, hit a cluster of power lines and became suspended … upside-down,” the local sheriff’s office reported in a news release. Pilot Thomas Koskovich had several hours to ponder his predicament as he waited for crews to shut off the power and pluck him from the plane, which was hanging about 40 feet above the ground in a mostly open area.

What isn’t clear is what phase of flight Koskovich was in or if something preceded his brush with power that required him to be flying that low, questions the FAA will undoubtedly have as they conduct their investigation. Meanwhile, local first responders are justifiably proud of the outcome. “This incident could have been much worse,” Scott County Sheriff Luke Hennen said in a news release. “We are grateful the pilot was able to walk away without any injuries.”