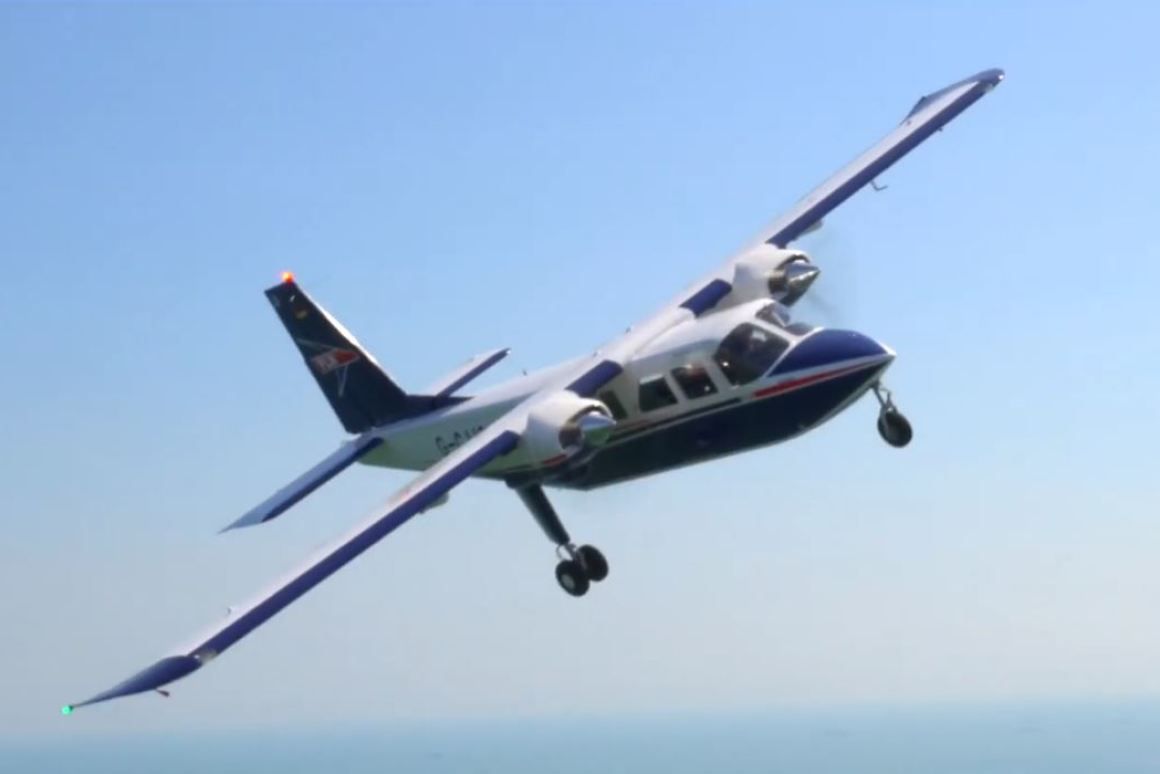 A British company, with funding from the U.K. government, says an electric-powered airliner could be in revenue service as early as 2023. Cranfield Aerospace Solutions says it will convert a Britten-Norman Islander to hybrid electric power for short hop service between Scotland and the Orkney Islands. Scottish carrier Loganair will be the launch customer. Pure electric flights in the nine-passenger aircraft will be available for those minutes-long short routes but the turbine-powered generator in the fuselage will power the motors on longer flights.

Building the prototype, called Project Fresson, will be funded by an $11.7 million government grant. After the concept is proven, Cranfield wants to get a supplementary type certificate to convert any of the existing fleet of about 700 Islanders to the hybrid system, promising a payback period of about three years. Using off-the-shelf motors, batteries and controls, Cranfield is targeting an endurance of 60 minutes with 30 minutes of reserves before the generator is needed. After the Islander project, it plans to convert a 19-seat commuter aircraft before it starts building its own designs.