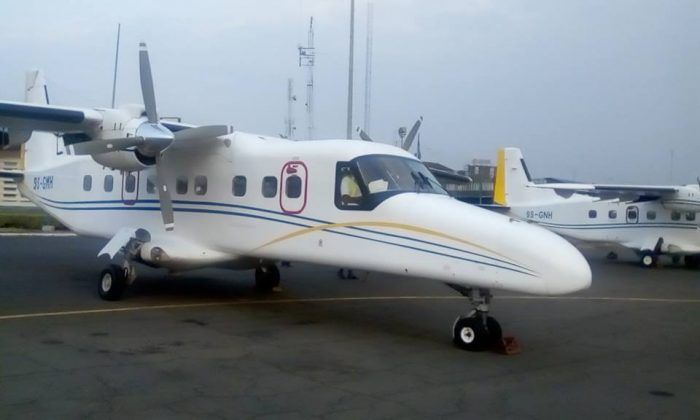 At least 25 people, including some on the ground, were killed when a Busy Bee Dornier 228 crashed into a neighborhood at the end of the runway at Goma Airport in the Congo on Saturday. The aircraft may have been trying to return to the airport because of engine problems when it crashed. At least two of the occupants of the aircraft, including one crew member, were rescued before an explosion and subsequent fire consumed the plane. The airline said there were 16 passengers and two crew on the plane. Bystanders used buckets and cooking water to try to quench the fire.

The aircraft was attempting to take off on Runway 17 when the accident occurred. The flight was headed to Beni, about 155 miles north. The exact death toll might take days to determine because of the densely populated residential area in which it crashed. Busy Bee is a relatively new airline and has three aircraft that serve the northern area of the country.