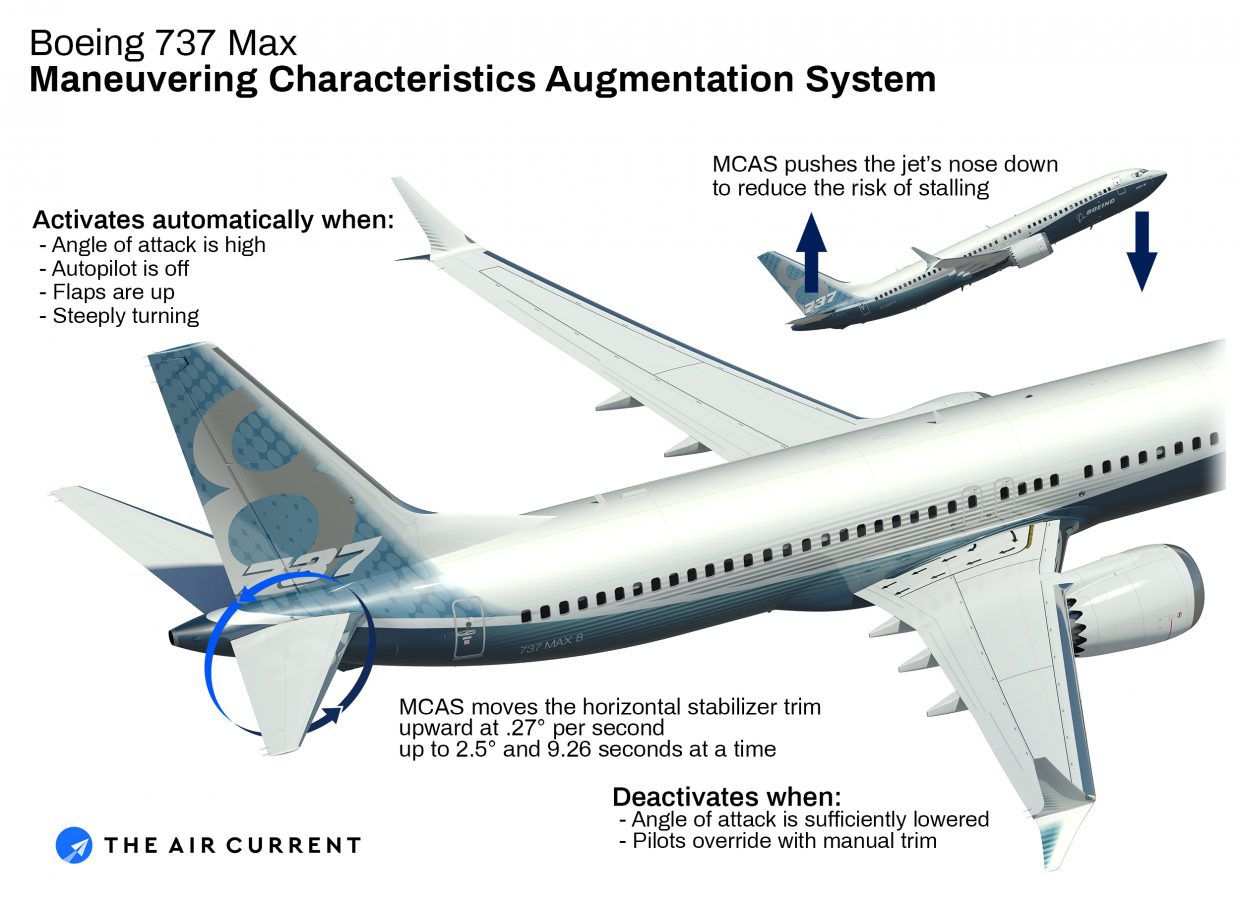 Two weeks after an international committee declared Boeing’s changes to the Boeing 737 MAX software “safe,” a Canadian official has suggested the only way he and his colleagues can “sleep at night” is if the problematic Maneuvering Characteristics Augmentation System (MCAS) is scrapped. Jim Marko, a 30-year veteran at Transport Canada and its engineering manager for Aircraft Integration and Safety Assessment, said in an email to colleagues in the U.S., Brazil and Europe that he doesn’t think the fixes proposed by Boeing are guaranteed to cover all potential failure scenarios and MCAS needs to be removed. “The only way I see moving forward at this point … is that MCAS has to go.” The full text of his email and his suggested engineering alternative was published by The Air Current.

Marko told his peers the fixes proposed by Boeing have exposed other unspecified flaws and he can’t support the process moving forward. “Judging from the number and degree of open issues that we have, I am feeling that final decisions on acceptance will not be technically based,” Marko wrote. “This leaves me with a level of uneasiness that I cannot sit idly by and watch it pass by.”

Boeing has been saying it expects recertification of the airplane with MCAS by the end of the year and a return to service shortly afterward but Marko suggests that will cause him and his colleagues anxiety. He said in the email that removing MCAS, which moves the horizontal stabilizer to counter stall characteristics not present in earlier models of the 737, will help “get some confidence back to us all that we as Authorities can sleep at night when that day comes when the MAX returns to service.

“MCAS introduced nasty behaviors that have to be suppressed which are not on the (older model 737) NG,” he wrote. “Are we all smart enough to think that we have wrapped a net around anything that can go wrong from hereon in?”

The New York Times first reported the existence of the email and the FAA responded to its inquiry by saying that Marko’s recommendations will be reviewed and Marko’s email is just an example of the thoroughness of the process. “The FAA and its international partners have engaged in robust discussions at various stages in this process as part of the thorough scrutiny of Boeing’s work,” the FAA told the Times. “This email is an example of those exchanges.”

If Marko’s fears gain traction, however, the effect on the return to service could be profound. MCAS was designed to automatically push the nose down and prevent a stall under specific conditions if the autopilot is not on. The system was installed to counteract pitch forces introduced by the bigger engines on the MAX and make it handle like earlier iterations of the 737. Faulty data from angle of attack sensors on a Lion Air MAX in October of 2018 and an Ethiopian Airlines aircraft in March of 2019 triggered the system while those aircraft were climbing at high power and the result in both cases was the aircraft dove at high speed and killed all 346 people aboard those planes.

Boeing’s MCAS fixes are designed to keep MCAS for its original purposes but to address its unintended consequences. Without the MCAS, handles differently than earlier 737s in some circumstances.

Boeing sold the MAX based on it having a common type rating with the earlier 737NGs, thus requiring minimal training for pilots, and MCAS is a key system in that. In fact, few airlines bought MAX simulators because they were assured their NG sims would handle all their training and currency needs. Marko acknowledges scrapping MCAS will cause some certification issues but says they will be “something we (regulators) could easily find a way to accept.”