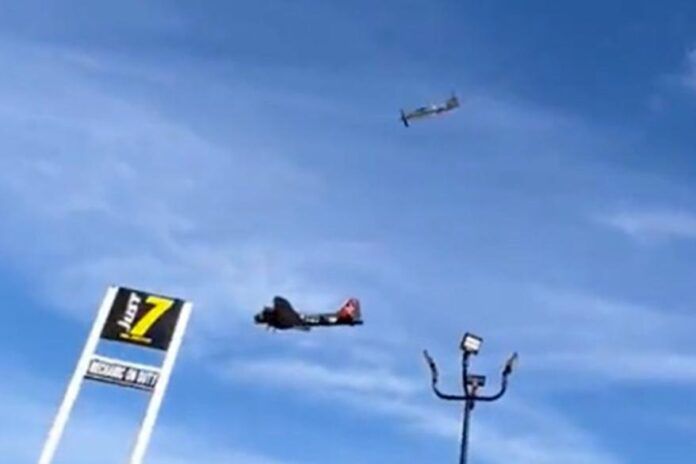 The NTSB has cited the absence of altitude deconfliction guidance in the collision of a P-63F and a B-17 at the Wings Over Dallas Airshow on Nov. 12. Six people were killed in the tragedy at Dallas Executive Airport. In its preliminary report, the NTSB said there were a total of eight vintage aircraft involved in the display being executed, a flight of three fighters and a flight of five bombers. “There were no altitude deconflictions briefed before the flight or while the airplanes were in the air,” the prelim says. “When the fighter formation approached the flying display area, the P-63F was in a left bank and it collided with the left side of the B-17G just aft of the wing section.”

Investigators also used audio and ADS-B data to describe how the aircraft were arrayed. “The P-63F was number 3 of a three-ship formation of historic fighter planes and the B-17G was lead of a five-ship formation of historic bomber airplanes,” the report says. “The air boss directed both formations to maneuver southwest of the runway before returning to the flying display area, which was the designated performance area. He directed the fighter formation to transition to the trail formation and proceed near the 500 foot show line. The bombers were directed to fly down the 1,000 foot show line.”