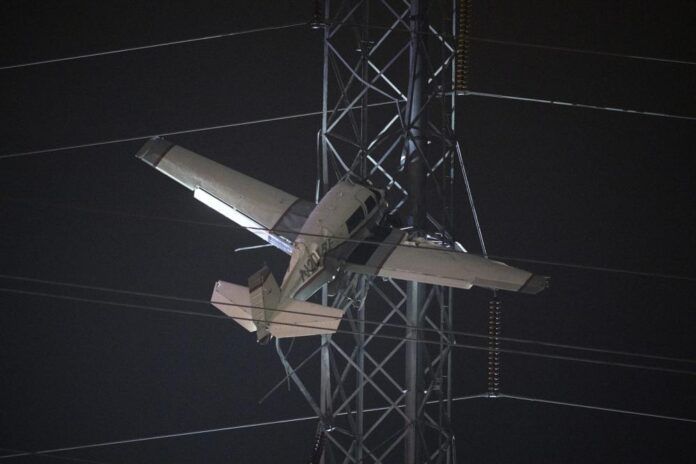 The pilot of a Mooney that crashed into power lines and a tower in Maryland earlier this week told a 911 dispatcher that visibility was a factor in the accident. Patrick Merkle, 66, called 911 after the aircraft that carried him and passenger Janet Williams came to rest and discussed the moments before the crash with dispatcher Laurel Manion, according to a story in the Washington Post. “Yes, totally a visibility …” he said. “We were looking for the airport. I descended to the minimum altitude, and then apparently I got down a little lower than I should have.”

The Mooney hit the power lines about 100 feet above the ground and was swaying in the wind there for seven hours before Merkle and Williams were finally rescued. Merkle told the dispatcher he was afraid the plane would fall and that he and Williams would not survive. He told her they considered jumping from the plane to the tower. The crash and the need to isolate the tower from the grid combined to knock out power to as many as 120,000 people although most of the lights were back on even before the couple was rescued.