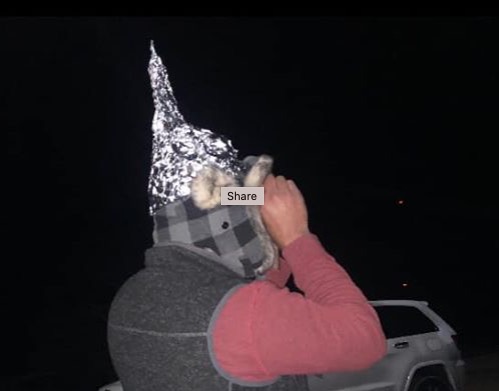 FAA officials will meet with local law enforcement reps from about a dozen counties in northeastern Colorado to discuss unexplained drone activity that has alarmed local residents and public officials. So far, no one has come forward to give even the slightest hint of why the drones, described as being up to eight feet long, able to hover and fly at about 100 knots, are appearing in the evening sky every night. They often fly in groups but individual sightings have also been made and there have been reports they may be flying a grid search pattern. So far they haven’t exhibited any threatening behavior but that doesn’t do much to lessen concern. “These drones have made residents in our community very nervous and anxious. People do not like the unknown as it upsets the balance of our lives,” Yuma County Sheriff.

A group of aviation industry representatives went drone hunting last Friday and found their quarry near Brush in Morgan County. “We did get eyes on one about 200 to 300 feet above, and it was moving at about 100 knots,” Chris Swathwood, president of the Colorado Aviation Business Association, told KDVR. ”It was a large fixed wing aircraft. It was dark, and it had lights unlike any other manned aircraft would normally have.” Swathwood, who is a drone pilot, said the aircraft was sophisticated and expensive and far beyond the reach of hobbyists so the consensus reached by his group that they are operated by the military or their contractors. “Until someone comes forward, it’s all speculation,” Swathwood said.

Naturally that speculation is running rampant on social media and one of the clearing houses for sighting reports, theories and a fair amount of silliness is the Mystery Drone Swarm Chasers Facebook group. It now has more than 6,000 members and posters have speculated everything from a search for inmates from a prison break to secret artificial intelligence operations to log the movements of rural residents. There have been more than a few suggestions that someone shoot a drone down and reports that some drone hunters have been chasing the mystery drones with their hobby aircraft.