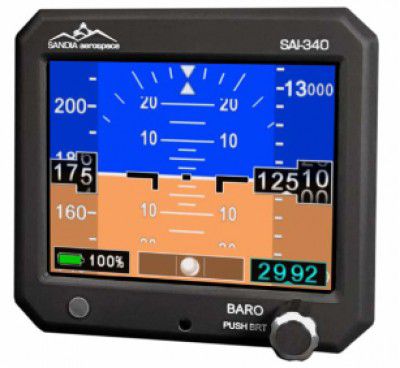 The FAA has issued an emergency airworthiness directive (AD) telling those who have Sandia SAI-340A attitude indicators that they cannot fly them under IFR or night VFR conditions and that the instrument must not be coupled to an autopilot. The device is also sold as a BendixKing KI-300. The agency is aware of 54 units that have malfunctioned and displayed incorrect attitude information or sent that erroneous data to the autopilot. In some aircraft, the instrument might be the only source of attitude information in the cockpit while in those with other AI displays the Sandia device might give conflicting information and the pilot wouldn’t know which instrument to believe.

There will be more to come on this and the FAA calls it an “interim action.” In the meantime, the AD can be satisfied by a pilot with a private certificate or greater amending the airplane flight manual noting the AD restrictions and by entering the action into the aircraft records. “The FAA is issuing this emergency AD to prevent aeronautical decision-making based on erroneous attitude information, which may result in loss of control of the aircraft,” the AD says.