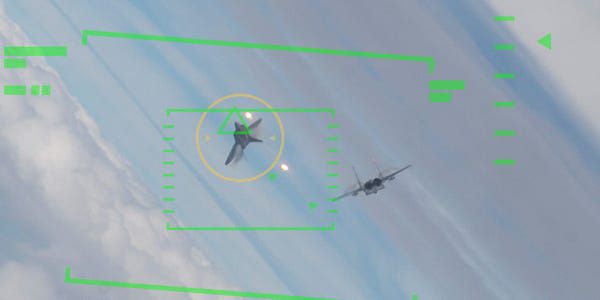 Some interesting things about this one. 1. the pilot didn’t have much time in a simulator of this type, 2. the simulation didn’t have to simulate the full physics of a gunshot, it just had to get the opposing aircraft in a cone in front of its aircraft and 3. since the simulator didn’t have the ability to simulate sensors radar, cameras etc. the AI was provided with the exact xyz position and velocity information of the opposing aircraft at all times, allowing it to calculate exact positions for a gunshot. This is why it always tended to go for head-on shots. The AI is getting better but it is still not there yet. If I was that pilot, I wouldn’t worry about my job yet.

This problem will be a case of settling for achieving sufficient mitigation rather than finding a “solution”. Mandated geo-fencing will help with the random consumer yahoos who fly an out of the box drone. Likewise, if a control link is being used, jamming & spoofing – plus DF-ing the controlling transmitter – are useful lines of attack. Ditto detecting the presence of the drone itself via its RF emissions, if any.

Various forms of physical attack can certainly work but as a practical matter are limited in scope for the civilian airport environment. If a technically savvy bad actor is intent on doing something with a drone, it would seem there’s no practical solution that offers a truly high level of protection.

Poll: Would You Have an ELT if it Wasn’t Required?

As Paul Bertorelli found in his research, the ability of an ELT to survive a crash and successfully transmit a signal is less than 50%, regardless of whether you mean 121.5 units or the “new and improved” 406 devices. Both still rely on the same G-meter and antenna system. Ironically, developments in crash survivability such as air bag seat belts and progressive collapsing seats mean that the occupants may actually survive better than an ELT. Unfortunatly Super Cubs and most legacy aircraft do not lend themselves well to the modern safety devices.

There are a number of technologies that would do better in sensing an accident based on changing position or velocity. ADS-B may be a good start, but the FAA’s ground based system has many holes in remote areas where no towers are within range – usually the areas where reliable locators are needed the most. Just wait until the FAA decides we all need “diversity” instead of the ground system. At least it might provide for a better ELT.

I had a 406 MHz beacon installed when my old 121.5MHz beacon failed inspection and was replaced. While some say it is ineffective, I fly over remote terrain and it could be useful. As evidence I offer this. Shortly after the system was installed, I received a call after a RON in western PA from SAR. It seems that the new ELT had a bad connection which triggered (yes, it was a false alarm). Within 8 minutes of the time it triggered, the precise location to within a meter on the field where the aircraft was parked.

The defective component was replaced, the unit has worked and passed each annual inspection since then. Although I do not plan to crash in the remote mountains, it could happen, and if SAR knows where I am to within a meter, the device is worth it. It is an insurance policy that is cheap.

One of my friends has been missing for 20 years in the Portland area. His Super Cub had an ELT and he was never found… it doesn’t seem like they work as well when there is actually an accident compared to when some trainer is doing pattern work. ADS-B seems to have made an old tech unit redundant. I remember my parents installing our first one in our family Staggerwing Beech 50 years ago… 1970 is a long time ago.