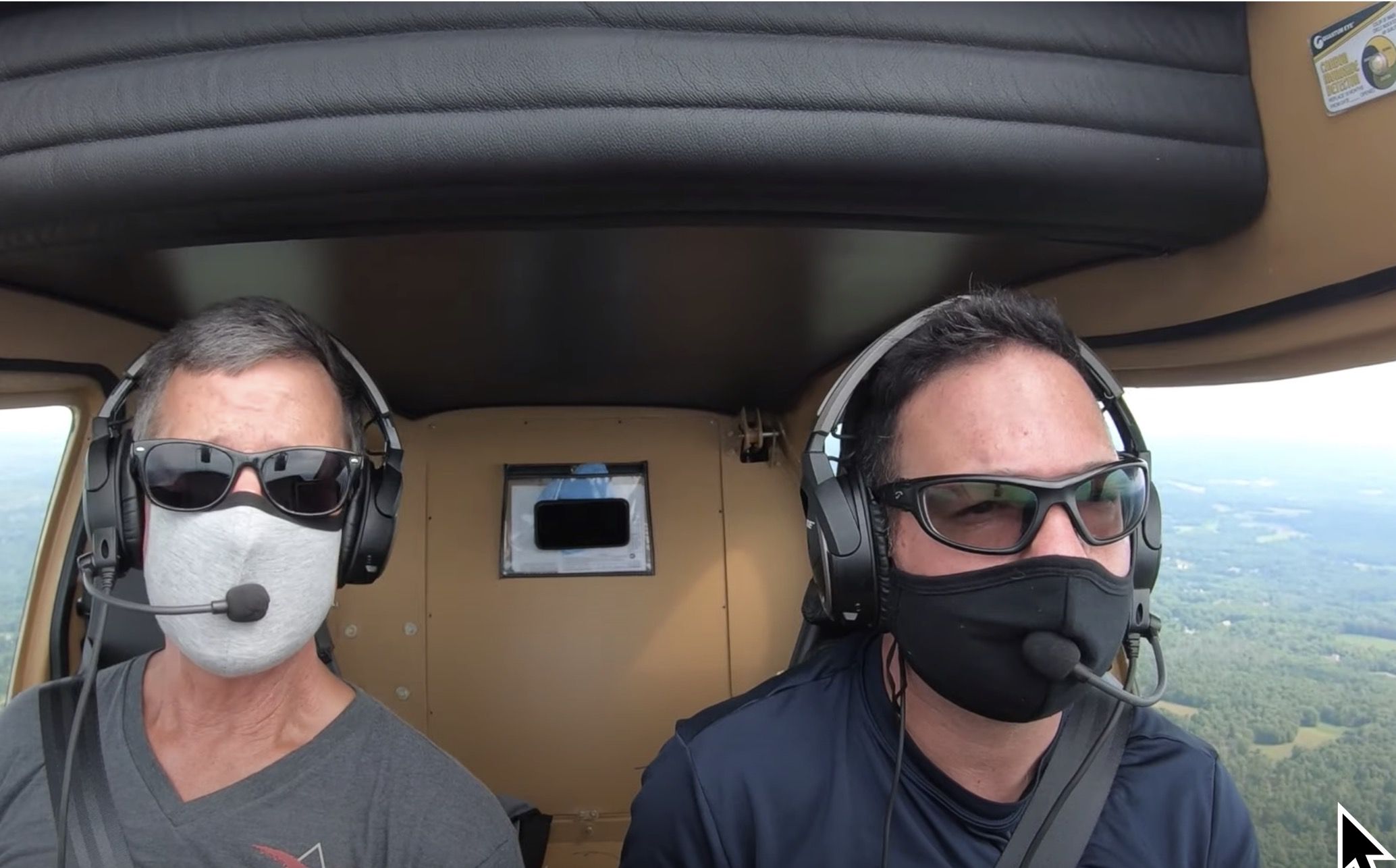 It’s in life’s moments of sheer misery that you’re most likely to question and perhaps rearrange your priorities. This occurred to me as I sat in an airplane Saturday with sweat running in rivulets inside the surgical mask I was wearing. Then I heard a PA announcement that would be absurd if this weren’t 2020: “Mask protocol. Let’s stay safe.”

No airliner obviously, but a skydiving airplane with maybe 15 others all, to varying degrees, wearing face coverings, which are now required. Such a delicious absurdity can’t go unnoticed. We’re about to hurl ourselves out of an airplane—something that entails far less risk than most pilots think, but a little more than most skydivers think—and we’re wearing masks to protect against a virus we’re unlikely to get.

Or are we? The data available to judge this risk is hardly worthy of the name, but how about an order of magnitude wag at it? Let’s see, maybe compare it to demonstrated risk of crashing in a GA airplane which, sitting there stewing in my own juices, I deemed far greater than the virus risk. I mean, c’mon. When I got home, I dredged up the numbers. The best way to compare this is demonstrated risk by population, not by hours flown or some other metric.

With COVID-19, most people worry about the death rate, but I’m more worried about the hospitalization rate because more people need critical care than die from the virus. Also, the hospital numbers are more reliable than either the total cases or the deaths and a serious case can cause long-lasting effects. The aviation equivalent here, for comparison’s sake, is accidents that involve injuries. So the numerator is that number, the denominator (the exposure basis) is not hours, but participants. Let’s say 600,000 active pilots. It’s probably lower than that, but I’m being conservative. FAA data typically shows 45 percent of GA accidents involve injury and that includes fatal injuries.

So if GA has, say, about 1250 accidents a year, about 560 will involve injuries, including the fatals. So it’s 93 injury accidents per 100,000 pilots. That’s a tenth of a percent and it passes the smell test against the fatal and overall accident rate. Personally, I would deem this a small risk, but not exceedingly small. Certainly not zero. It’s vastly larger than the airline risk.

For COVID-19, everybody in the country is a participant, not just 600,000 pilots. CDC keeps its own data on this and the latest overall hospitalization rate is 157/100,000, but for my age group, 65 and older, it’s 426. So, my supposition was wrong. The COVID hospitalization risk is higher than the crash risk. For me, it approaches a half percent. That’s not crazy higher, but it is higher. Stuffed into an Otter cabin with 19 other people may elevate it some since physical distancing isn’t an option.

So does that mean that the pilot (or skydiver) who decides to ditch the mask against this low risk is making a rational decision? Maybe, but probably not, for two reasons. The first is that mask wearing (and other interventions) is widespread enough to be baked into the current low numbers, even though mask efficacy isn’t well understood. Would you bet that infections wouldn’t rise if you universally trash this basic mitigation? Second, you’re making a collective not a personal decision since your mask is, according to the accepted wisdom, protecting other people from you.

I’ll remember this when the sweat is soaking my mask on the next flight, but now let’s apply it to the cockpit. The hot button for us is that when we shoot a cockpit video with masks in place, so begins the culture war. We’re either sheep for knuckling under to government oppression or we’re “virtue signaling.” The latter is a perverse morphing of a common courtesy and a simple mitigation step into a moral failing; conformity as an ideological affront. For me personally, a hot button is the phrase “stay safe.” There’s no such thing as safe, there are degrees of risk which we attempt to reduce through various actions.

If you think the COVID-19 risk is overstated, you’re probably right. In my non-expert but I hope informed opinion, the impact of COVID-19 on aviation is far out of proportion to the actual risk. Unfortunately, the actual risk is just not zero, it’s some value that’s non-zero and we’re all left to decide what that is in a world muddled by extreme politics.

Cockpits of any size, but especially light aircraft cockpits, force close proximity. There’s no choice, other than to not fly at all, which I, personally, have decided not to do. Since March, I’ve taken about 10 rides to altitude in a skydiving airplane where masks are expected and required. I’ll be flying in a small airplane next week and I expect the same standard, which I’ll comply with if asked or demand myself if not asked. One exception: Not doing this in the Cub with the door open. It’s like being outside in a gale.

Sometime in mid-April I recalibrated my internal calendar with the expectation of being stuck in this situation until at least next spring. I have a feeling that’s probably more hope than conviction that things will change a lot sooner than that. I’m already noticing compliance fatigue. By early afternoon on Saturday, we kept the masks on in the airplane, but they were coming off elsewhere. I had to remind myself not to get sloppy, even if it’s just a digit or two right of the decimal point. Of course, these numbers I’ve given here are not probabilities, they are retrospective data points. As the COVID-19 prevalence waxes and wanes, the probability of infection remains a shot in the dark, but it surely must be in decline.

And I realized that I’m not doing the mask and distancing out of fear any more than putting on a helmet, fastening a seatbelt, doing a gear check, sumping the fuel, checking the mags or looking up-range before pulling onto the runway is done out of fear. It’s just part of the routine now, for better or worse. I despise wearing the thing, by the way, but I’m not interested in not doing it just to score an ideological point any more than I’d sit on my seatbelt just to show how hard my head is.