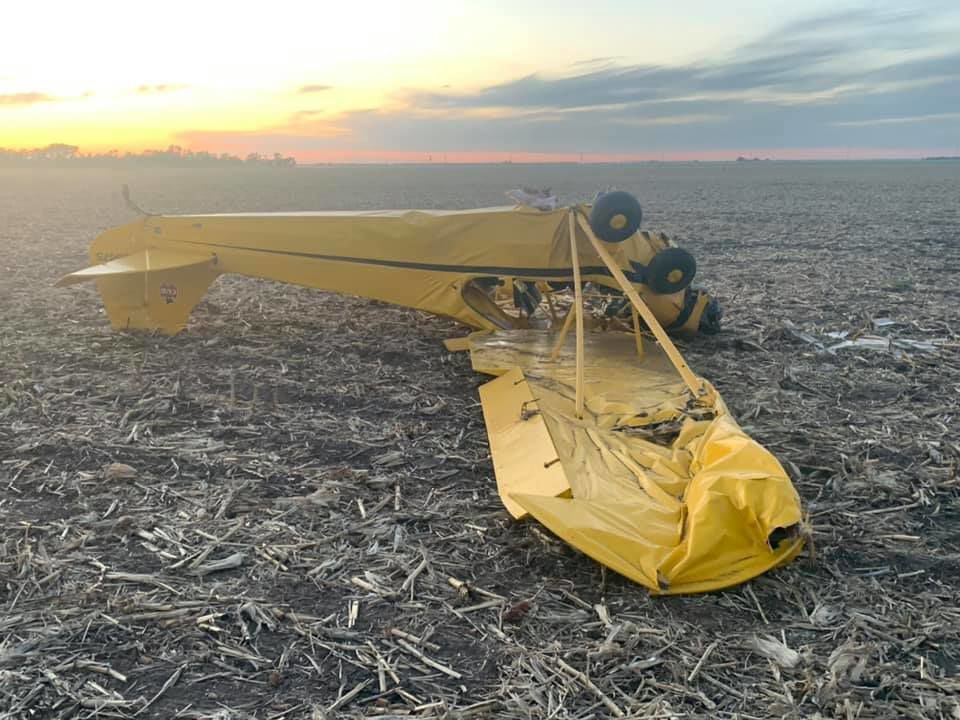 A hand-propping gone wrong launched a vintage J-3 Cub on a 1.5 mile flight on its own last week in Nebraska. The Lincoln Journal Star is reporting that police say a mechanic was trying to start the Cub at Central City Airport on the evening of May 3 but didn’t realize the throttle was open. The Cub climbed to 200 feet and headed southwest where it met its demise in a corn field. Merrick County deputies responded to the report of a plane crash and were initially puzzled to not be pulling a pilot from the overturned wreckage.

They headed to the airport and got the story from the mechanic, who said he was trying to get the old bird going. “And when he hand-turned the propeller, the worst-case scenario happened,” a police spokeswoman told the newspaper. That got the newsroom thinking about just how often this kind of thing happens and they were perhaps disappointed by the response from the NTSB. It keeps no such records because this wasn’t an “accident,” according to the NTSB’s Peter Knudson. “There was no person on board the aircraft so it would not meet the definition of ‘accident’ for our purposes,” he said. “We do investigate accidents involving unmanned aircraft systems, but this was not one of those.”