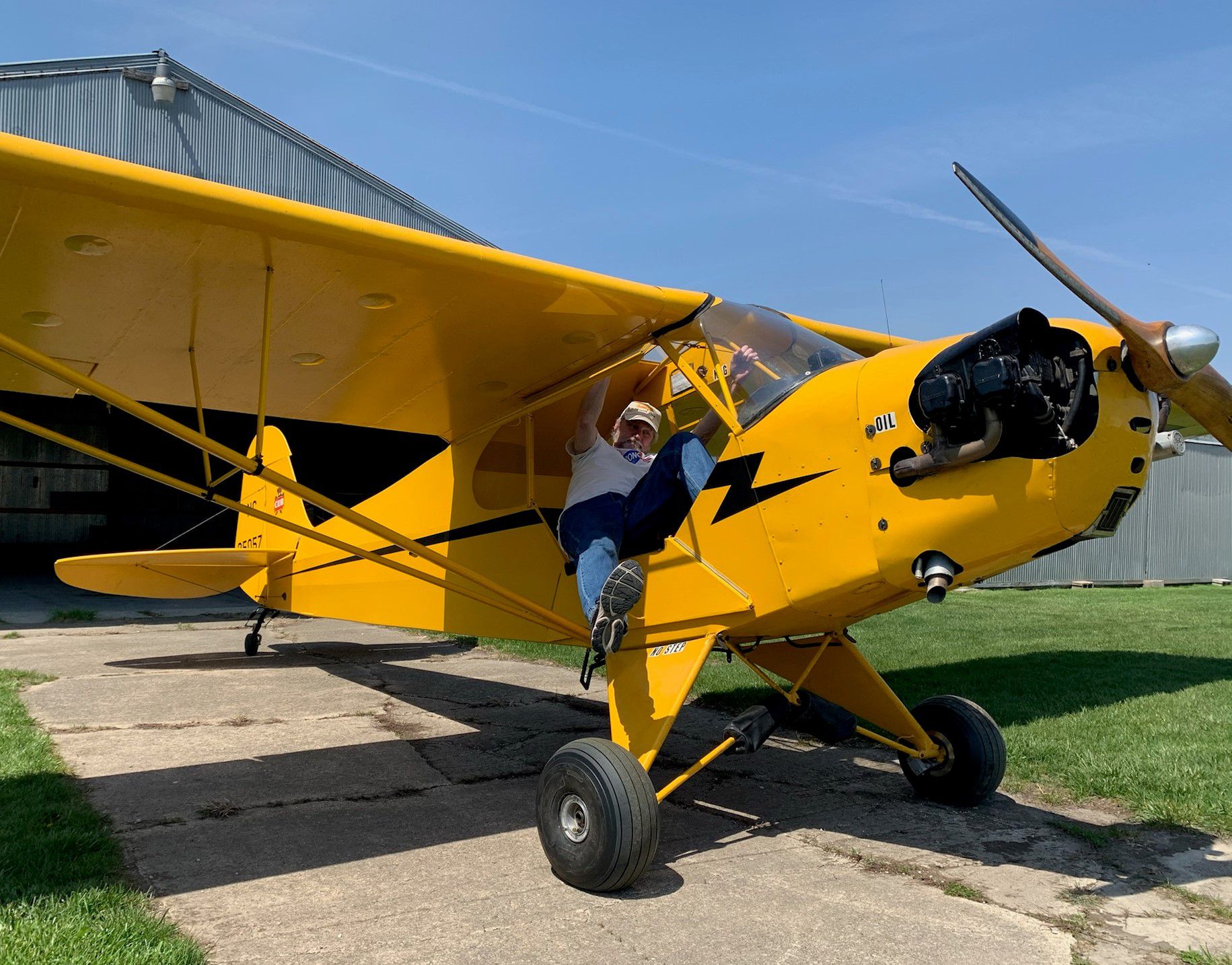 Someone accused me of disliking Piper Cubs simply because I’m an Aeronca snob. Not true … mostly. I’ve adored Cubs since I first saw a J-3 levitate off Ramapo, New York Airport on an unstable spring morning when I was an unstable kid. Making little forward progress, it dangled as though suspended by a stray thought from indifferent clouds. I was too young to fly, let alone own a real Cub, so I built a balsa and tissue model slathered in dope with plans to hang it from my bedroom ceiling. Then, because I was 11, unblessed with artistic skills and had not assembled it in a well-ventilated room, the result was a knock-kneed dragonfly instead of the iconic trainer that taught my parents’ generation to fly. No recourse but to tape an M-80 to its belly and blow that dream away.

Years later in California, I watched a swarm of J-3s descend over the Santa Cruz Mountains and land in formation like rebellious mayflies on the grass runway that technically didn’t exist at Watsonville Muni According to FAR 91.007, though, Cubs are a protected species and permitted to land wherever. The allure was back.

In 1982 I found a 1946 J-3 that promised to be everything my imagination conjured: slow, breezy, and possessing the distilled essence of pure flight. Unfortunately, the seller wanted an impure $10,000, twice what I would later pay for a 7AC Champ. Same age with a mid-time 65-HP Continental engine, both had tandem seating and passable fabric, but the Champ was mine for $5000 borrowed from a guy in a Salinas bowling alley for only two points over the vig. Since then, I’ve noticed that J-3s maintain that two-Champs-for-the-price-of-one-Cub ratio. Although, two Champs don’t make a Cub, any more than two Studebaker Larks make an Avanti. Both fine, but image commands a premium.

Besides J-3s, I’ve flown PA-18 Super Cubs, a PA-11 Cub Special and my favorite, although not labeled a Cub, the PA-12 Super Cruiser—all tandem-seat, tailwheel Pipers. Usually, the J-3 is the only one placarded with Rear Seat For Solo Flying. Champs you solo from the front, as nature intended. I’d never instructed in a J-3, so it was with a hint of overreach that I recently agreed to give dual to the new owner of a 1940 Piper Cub. He was an experienced pilot with a previous tailwheel endorsement but little time in make and model, so insurance demanded training from someone resembling a Cub instructor.

Near sunset. The hangar’s one-piece door swung open like curtain-up at the Met. Instead of an opera diva caterwauling from center stage, the jaundiced Cub silently beckoned from the shadows, and inside my head—where this fantasy was getting way out of control—a pipe organ struck a slightly ominous minor chord from Bach’s Ode To Effusion (Johann Christian, not Richard). Passion inflamed, I jumped into the front seat.

Picture forcing a rusted Slinky up a spiral staircase. I dragged my tail along the clamshell lower doorframe and heading to the front row, hooked my left leg over the forward seatback, leaving my right foot inextricably wedged into the exterior, U-shaped step. I resembled a city kid going for his first pony ride at Math and Grammar Camp in the Catskills. Having never flown a J-3 from the front, I now doubted if it was possible, let alone wise, for adults to occupy that seat. Children, sure; let them sit with knees inches from the gas tank. Dogs even, but modern-sized adults? I had my doubts.

Someone unhooked my right foot from the step and pretzeled my leg into the cabin with the gentleness of a sadistic chiropractor. The airplane rocked as my client slid into the rear seat, while I groped for the lap belt tangled around the backseater’s rudder pedals, extending laterally from my hips. Once in motion, his footwork felt as though he’d worked his size-11 sneakers into my pockets. To that Rear Seat For Solo Flying placard, I’d suggest adding: Front Seat Occupants Must Be No Wider Than a Box of Grape Nuts.

Subsequent flights—and a review of AC 90-109A, Transition to Unfamiliar Aircraft—have shown that CFIs can more gracefully enter the cabin by stepping onto the right main, do a half-pike butt slide, then by swinging ape-like from the overhead tubing, enter the front seat with a trace of dignity intact. Mind the joystick. Reverse the process to nail the dismount. Judges penalize for stepping on wing struts.

Whining aside, I was finally learning how to instruct in a J-3 Cub. And, yes, for all the pain getting to that front row, it proved just as uncomfortable as other 1940s airplane seats: Taylorcraft, Funk, Luscombe.  That’s OK, because it’s a privilege to fly the classics, and pain distracts from the Cub’s limited forward visibility. If you want an unobstructed view, consider a Bell 47 helicopter, but forward visibility is overrated. If the rear-seat pilot can’t see over the nose, why should the instructor? S-turns while taxiing allow glimpses of what’s approaching, and pedestrians should know to stay clear. Hint to ramp rats: If you can’t see the pilots’ eyes, they can’t see you. Quit waving those silly wands.

The Piper Cub isn’t the perfect airplane but deserves being the name non-pilots associate with general aviation. I don’t dislike J-3 Cubs, far from it. I’m flattered when my Champ is mistaken for one. Like calling a Mets player a Yankee. Back in the day, anyhow. I just don’t care for Cub front seats, and pilots shouldn’t be up there. To prove it, fly one alone from the back while fulfilling a kidhood fantasy, and if it doesn’t make you giggle, then there’s a Studebaker Lark waiting to take you to a recliner in the pilots’ lounge. There, you can argue with fellow loungers about the quality of today’s airplane dope or the nuances of FAR 91.007, which admittedly doesn’t exist. But who wants reality when fantasy offers better options?