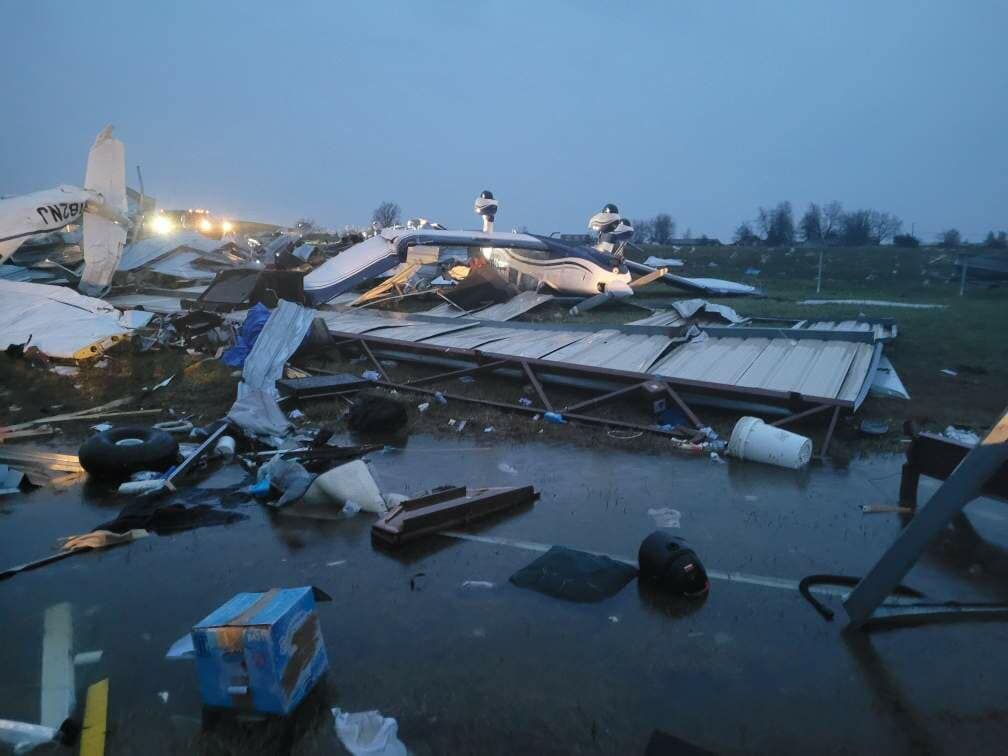 The state of Kentucky was hit hard by tornadoes that cut a 220-mile-wide swath on Saturday, Dec. 11. The death toll stood at 74 as of Tuesday—the victims ranging in age from two months to 98 years old. One hundred twenty-two people are still unaccounted for.

By comparison, Danville-Boyle County Airport–Stuart Powell Field (KDVK) was lucky, with no injuries, despite a direct hit from one of the twisters. Even though 13 aircraft were destroyed when 18 T-hangars were demolished by the storm, the airport’s Facebook page wrote: “No injuries and no deaths, this was our worst fear upon entering the damage zone this morning, materials can be replaced, the loss of loved ones can’t.”

The airport’s operations manager, Nick Barker, told AOPA on Monday that though the airport was open for business “as of now,” with the runway operational and fuel available, there remained a mountain of work to return the facility to normal. “It’s still a complete mess,” he said. Luckily, many of the airport’s buildings and associated infrastructure were spared.

Though the next priority after getting the airport operational is waiting for insurance adjusters to assess damages, Barker said that offers of assistance were flooding in from individual pilots, other airports and Experimental Aircraft Association chapters.

Still, resilience rang through. “It could have been much worse,” said Barker.