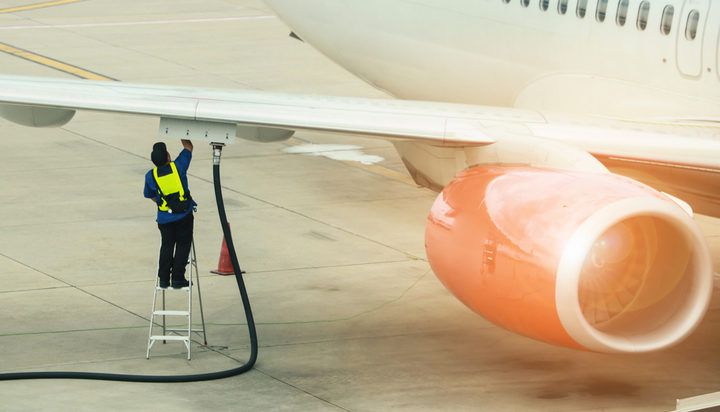 Swiss researchers say they’ve figured out a way to make jet fuel out of thin air using solar power and can get the cost to as little as $5.25 a gallon. Digital Journal is reporting the researchers say they can make “solar kerosene” by extracting carbon dioxide and water from air and cracking it using solar energy into “syngas,” a mixture of hydrogen and carbon monoxide. That, in turn, can be turned into kerosene, methanol and a host of other hydrocarbons that are normally produced from oil and gas.

Because the process uses carbon dioxide from the air, the “solar kerosene” is carbon-neutral when it burns and will presumably meet all the standards for aviation use. The facilities needed to make the fuel on an industrial scale would be built in the desert. They would be huge but still only take up about 1 percent of the world’s millions of square miles of arid land. Even though the land is virtually worthless, the machinery and solar infrastructure would be very costly and would need to be funded by governments until the fuel could be produced on an economic scale and there is buy-in by the industry.