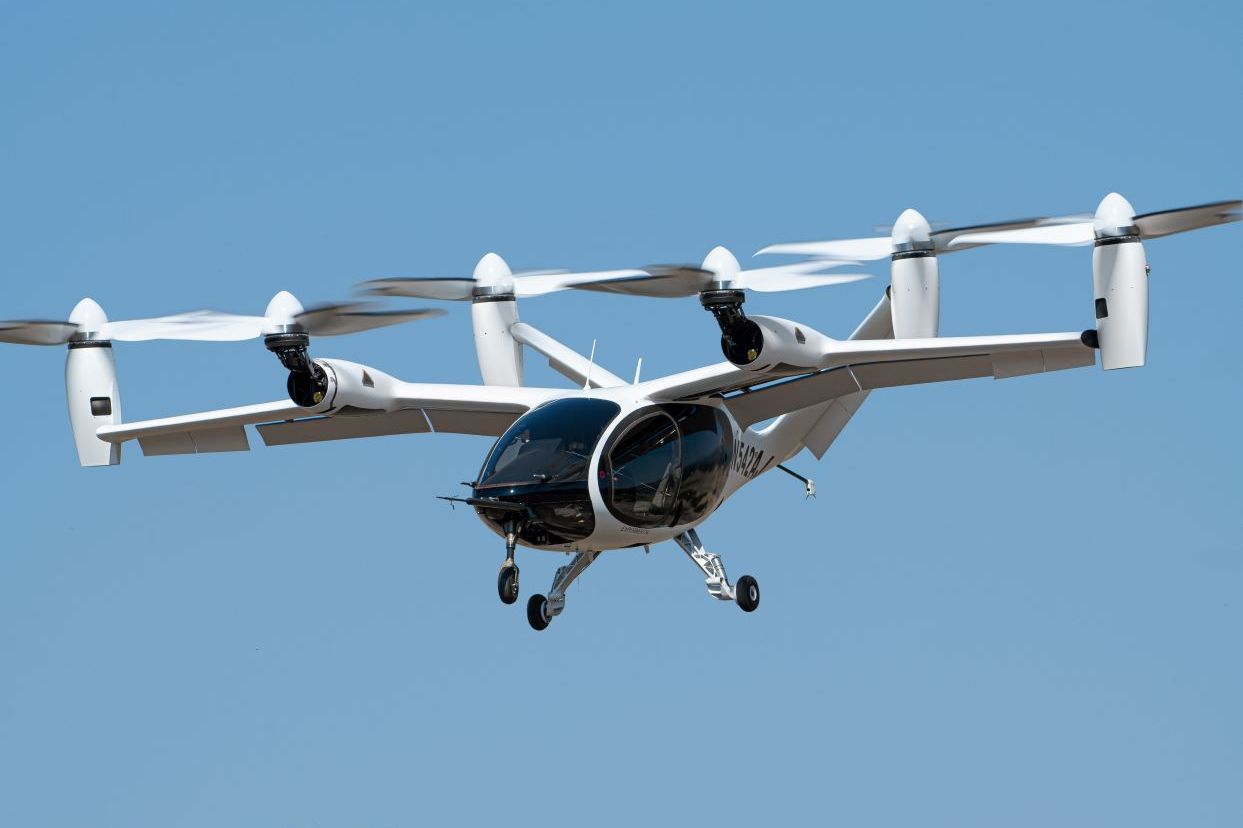 Presidential speechwriters have a term called “reaching for the marble.” When you understand that it refers to the pithy text on the friezes of the nation’s iconic monuments, the connotation is so clear that I needn’t waste pixels listing the qualifying words. This being an aviation blog, I’ll segue straight into the aviation version of frieze speak: Democratization. It’s not an everyday reference, but you hear it often enough and I heard it last week during an online briefing when JoeBen Bevirt was describing what his would-be revolutionary Joby (sorta) tilt-rotor aircraft will do for aviation. (Or should that be to aviation.)

In this context, democratization refers not to high-minded governing principles but the secondary definition of “the action of making something accessible to everyone.” Presumably, Bevirt was referring not to the aircraft itself, but the service it will provide: widely available urban and short-range interurban transportation, otherwise known as UAM or urban air mobility.

Given how we glaze your eyes with a story on this emerging segment every other day or so, I don’t have to explain that it’s kind of a thing now. Joby has fashioned itself as the one to beat in this market and has started to pull the curtain back on its heretofore secretive development work. This it must do to attract the enormous amount of capital required to finance this vision.

Bevirt’s frieze-worthy tagline is to “save a billion people an hour a day.” Let’s parse that to understand that ambitious doesn’t begin to define this idea; even revolutionary falls short. Also, assume this takes place over a number of years, with some kind of ramp up. For the sake of a sane argument and avoiding me fat fingering big numbers on my non-visionary calculator, let me dial it back 99 percent to saving 10 million people a half hour a day. (Eventually.) Using Joby’s own 40 trips a day per aircraft estimate, an average of, say, 20-minute trips with 75 percent load factor, each aircraft would fly 120 passengers per day. If my math is right, that would require about 85,000 aircraft, allowing for some spares. That’s more than four times the entire output of Boeing and Airbus for the past 20 years. Thought of in automotive terms, it’s not such a big number; Ford makes more than 900,000 F-150s a year. Scaled up to the full 1B, Joby would be building 10 times that number. But airplanes aren’t cars and efforts to apply automotive methods to aircraft production haven’t been impressive, even considering Ford’s Willow Run plan for the B-24 during World War II.

So even with my deep discounting, 85,000 is a staggering number. Joby proposes to do this with highly automated robotic factories and advanced manufacturing techniques. And even in the ramp up phase, they’ll need to turn these things out like sausages to make these numbers. Without opining on whether this is even possible—frankly, I just don’t know—if successful at even the lower numbers, would it democratize air transportation? Cripes, how could it not? You couldn’t open a car door without bumping into one of these things and the jolt to aerospace manufacturing would be seismic. And for economics, Joby’s estimate is $3 per passenger mile so (Joby’s numbers) an hour car ride condenses to 31 minutes and costs $90 to fly.

But the reason to be skeptical—well, there are many reasons—is potentially the same old mistake aviation entrepreneurs have always made: Unrealistic expectations of scale and demand and how fast either or both will develop. That said, in my lifetime, I have seen two examples of aviation democratization that actually succeeded, one that did for a brief shining moment and two that failed. All of them were buoyed by scale or torpedoed for the lack of it.

The first was Boeing’s bold 747 around 1970. With Pan Am as the launch customer in 1966, the airline suddenly had a lot of seats flying across the Atlantic and priced them accordingly. Zap! I was democratized when even as a broke college kid I could fly to Rome for $199. It turned me from a scruffy hippy into the sophisticated cognoscente I am today. Realized scale did that. Later in the same decade, it got even better.

On the general aviation front, the industry built nearly 18,000 airplanes in 1978. The market was awash in the damn things and an average Joe with a good income—auto workers in Detroit, for example—could afford to buy one, thanks to generous financing. A new 172 sold for $32,000, twice the mean income in 1978. (Now the multiplier is six times or 14 times if you fancy a Cirrus. Democratized? Not on your life.) For reasons yet to be understood, the market collapsed in 1980 and never much recovered. What scale was at work in 1978 was long gone and factory billings went up as fast as deliveries went south. Faster, actually. (To be fair, those economics prevailed through much of the period after World War II.)

Also in 1978, the airlines were deregulated, touching off a cascade of effects, not all of which were desirable. But thanks to new startups, bigger aircraft and aggressive marketing and competition, more seats than ever were available—scale again—and fares dropped. My $199 fare to Europe still stands in 2021 dollars and at times, it’s priced below that buying power. On the other hand, deregulation also gave us yield management pricing, hub-and-spoke, flying through Atlanta for every trip, Saturday stay overs, Roman slave galley seat pitch, unbundled fares and the specter of passengers attired in running shorts and flip flops assaulting flight attendants. But hey, everyone can play so it’s democratized!

The two spectacular failures came along more recently. How could we ever forget Eclipse? It was going to be everyman’s personal jet—the since-banished term was VLJ or very light jet—available to people heretofore slumming around in 210s or old Senecas with Piper’s tasty crushed velour livery.

What animated the nascent VLJ craze was revolutionary and cheap CNC machinery that would radically reduce production costs. You could see it clearly. Just plug the numbers into the spreadsheet and there it was. Unfortunately, spreadsheets appear not to work on production floors where mis-bucked rivets, sadly, still have be drilled out by hand and rubber mallets are used to adjust door fit.

The Eclipse turned out to be what it always was: a $2 million plus nice little jet with short legs. What was supposed to sustain it—DayJet, an on-demand point-to-point air taxi service that’s ghostly similar to Joby’s plan—did not, even though the market survey said it would.

When Icon burst upon the scene in 2008 as a sexy, new-age easy-to-fly recreational aircraft, company founder Kirk Hawkins imagined the airplane would be irresistible, thus the business plan envisioned large volume and the production investment was scaled to suit. He too said the airplane was intended to democratize aviation. The high demand never materialized and/or it couldn’t be produced fast enough to keep costs from eating the business. Vision wasn’t the problem, the business plan was. Although the company survives, it does so on boutique volume at a price of nearly $400,000.

I cite these examples not in support of an argument that Joby can’t succeed because others have failed. I refuse to rank myself among knee-jerk bellyachers who still think those 1978 Skyhawks were the high-water mark just because we made a bunch of them. I believe the arc of progress bends forward. But cautionary tales are always valuable. Aviation business plans that live or die on gigantic numbers have tended more toward the latter than the former.

*The YouTube dude with the supersonic baseball is engineer and science whiz Destin Wilson Sandlin. See how it works here.