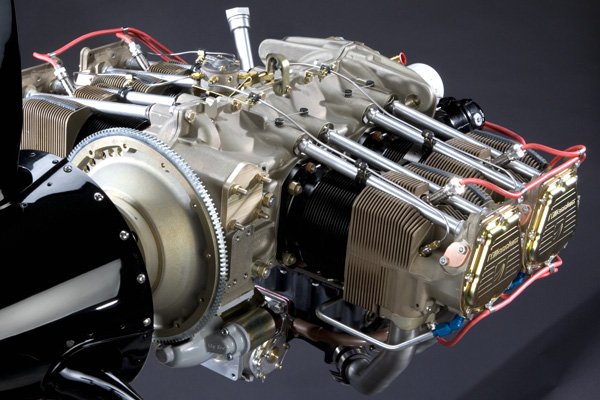 Superior Air Parts has settled the lawsuit stemming from a 2016 crash of a Van’s RV-8A experimental following catastrophic failure of the XP-400 engine. The Dallas Morning News is reporting that Superior settled for $5 million in the crash of builder/owner Dane Sheahen and passenger James Kos in March of 2016; both men were killed in the accident. Last March, Superior stopped selling the XP-400 (and the XP-382) and began a buyback program to get the engines out of circulation. At the time, Superior had ruled out material issues and was focusing on possible detonation events overstressing the crankshaft.

In the Sheahen accident, the NTSB found that the crankshaft had fractured. “The fractured crankshaft was forwarded to the NTSB Materials Laboratory, Washington, D.C., for examination. Visual examinations of the fractured surface revealed extensive beach markings and a finely-textured surface indicative of fatigue progression from the vicinity of the connecting rod journal. Further examination revealed that the crankshaft fractured at the forward radius of the No. 2 connecting rod journal, opposite the top-dead-center position of the piston. Scanning electron microscopy (SEM) further revealed markings consistent with fatigue progression from a subsurface location. SEM examinations also revealed extensive mechanical damage consistent with crack closure and crack face recontact that obliterated the fine details of the fracture.”

The XP-400 was a replacement engine in the RV-8A and had just 20 hours on it. According to the news report, Superior is on the hook for most of the settlement but the crankshaft supplier, “German manufacturer Ruhrtaler Gesenkschmiede F.W. Wengeler GmbH & Co. KG, is also set to pay $50,000 to settle the lawsuit.”

Superior’s absence in the market has put a strain on the supply of similar engines, which is now down to just the Lycoming IO-390. Builders who had removed XP-400s reported delays of several months to get Lycoming-built Thunderbolt engines. Some resorted to field-overhauling angle-valve IO-360 engines, which are the same footprint as the XP-400 and IO-390 though down on power.