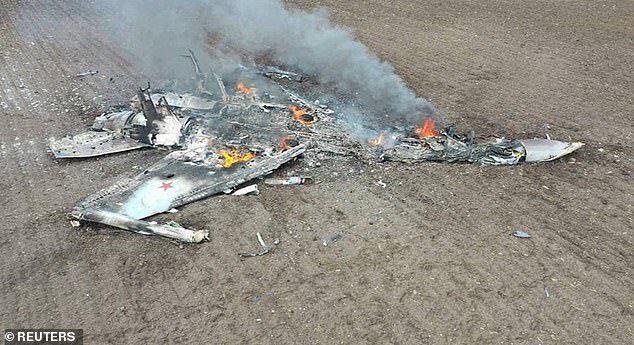 It’s just one plane but Ukrainian forces quickly let the world know that they had shot down one of Russia’s most capable aircraft Sunday. A video and photos posted online Sunday showed an Su-35 falling vertically before pancaking in the Kharkiv region. Various sources confirmed that photos showed the wreck of an Su-35, which is considered Russia’s most elite and modern platform. It entered full service in 2018.

Like the F-22, the Su-35 has thrust vectoring engines making it very maneuverable. It also capable of super cruise. It’s a remake of the 1980s Su-27 and is worth about $50 million. The plane in Ukraine was shot down by a ground-air missile and was recognizable after crashing in what appears to be a cultivated field. The pilot ejected and was captured by Ukrainian forces. Although there have been reports of dozens of Russian aircraft shot down by the Ukrainians, only 19 kills have been confirmed.