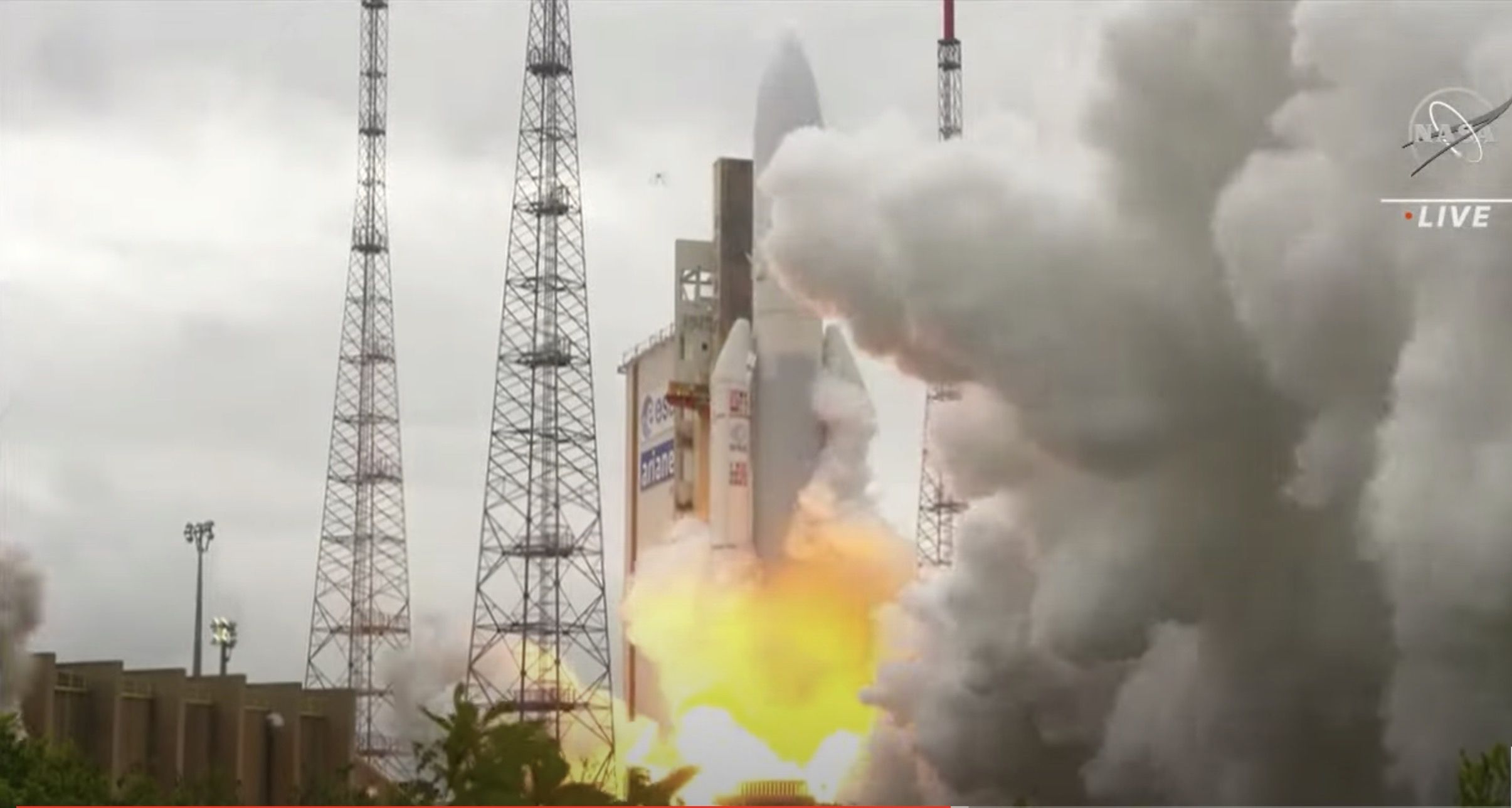 After decades of planning, NASA’s James Webb Space Telescope (JWST) launched on time at 7:20 a.m. from the Arianespace Guiana Space Centre in French Guiana on Christmas morning. According to NASA’s live stream, the Ariane 5 booster flew a perfect trajectory with an 8:45 minute burn, followed by a planned 25-minute second-stage burn. You can view the recorded live NASA feed here.

The Webb telescope is the most ambitious telescope in the history of astronomy. Its optical and other sensors will be able to observe astronomical phenomena dating the origins of the universe. The 14,300-pound instrument has a 21-foot mirror and when fully deployed with its fabric sunshield is about the size of a tennis court, according to NASA specs. It was launched on an Ariane 5 booster because that system had the largest available payload fairing to accommodate the stowed telescope. Also, the European Space Agency is a partner in the Webb program.

The booster launched the Webb telescope on a direct ascent to a point in space called the Lagrange 2, where the earth’s and the sun’s gravity exert about equal influence. The JWST will actually orbit this point at a diameter of about a half million miles, as explained by astronomer Jonathan McDowell in this video interview. The telescope will require about six months to reach station and become operational. During that time, it will complete a complex unstowing process which will begin in a few days. This video explains how it works.