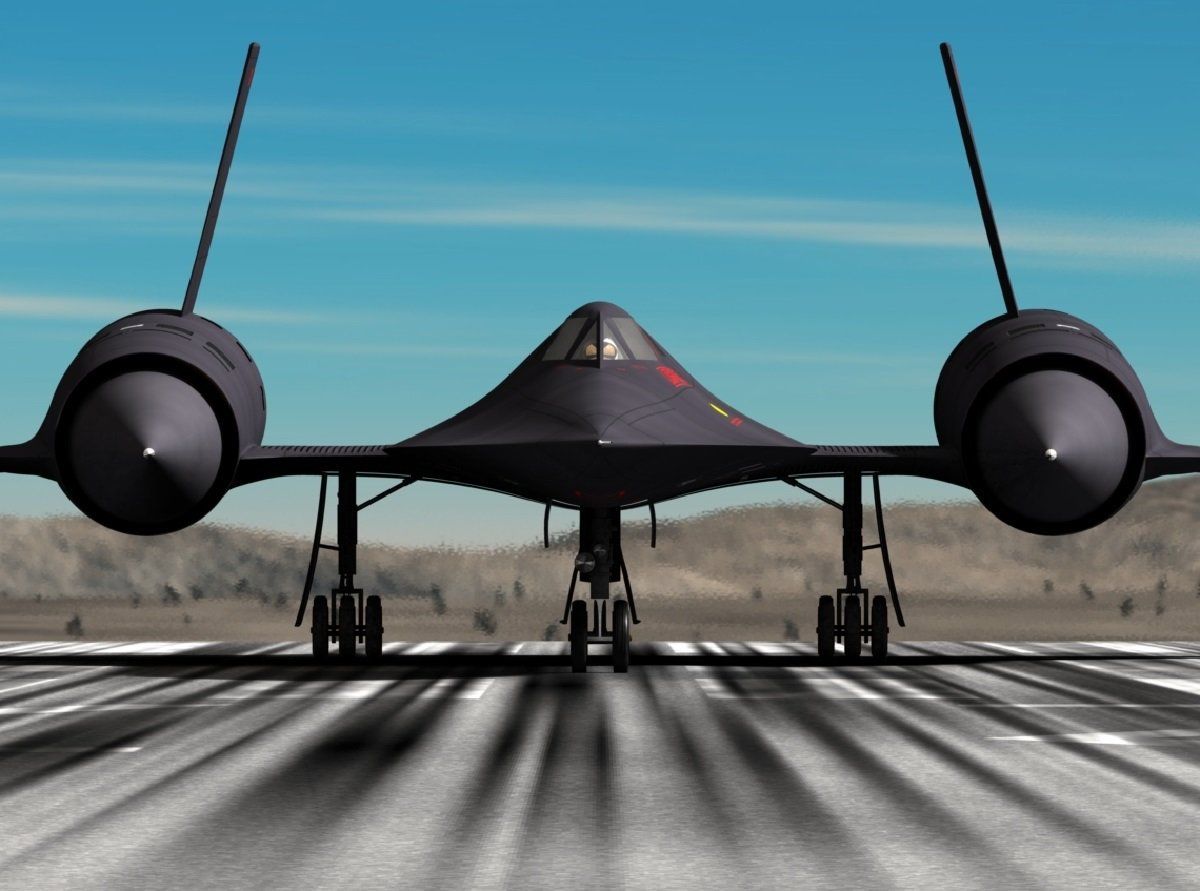 Back in 1965, not long after President Johnson made the SR71 “public”, I was in high school in Fort Worth, Texas, home of Carswell AFB. The base was home for squadrons of B-52s and the supersonic B-58 “Hustlers”. We routinely saw both leaving in the morning for missions to who knows where. One weekend they announced that the experimental XB-70 would be visiting Carswell for a semi-public airshow as part of a tour around the country. A friend’s father was a Lt. Colonel in the Air Force Reserve and he was able to get we two boys onto the base for the event. The B-70 was cool and it was a true experience to watch it take off for the return trip to California as the air show closed down. After that, the three of us were heading to the parking lot when we came around the corner of a hangar that had the main door just slightly open. We looked inside and discovered an SR-71 parked there. Imagine the surprise of seeing that alien looking craft at a time when I had never even seen a photo, let alone the real thing. We were all over the place looking at it and marveling at the machine, while the Lt. Colonel was nervously saying we probably didn’t belong there and should leave quickly.

Looking back on it, the B-70’s tour was probably one of those “look what we got” events to possibly overshadow the SR-71, which was not supposed to be at Carswell. We never saw the plane fly, so it likely left and arrived at night, possibly accompanied by B-58s to hide the takeoff noise. Trying to secretly develop such weapons in a free and public society is difficult compared to the “Iron Curtain” countries. Dropping the occasional news tidbit serves two purposes; to tell the other side that we aren’t standing still, and to reassure the American public of the same.

Re “Suddenly Chatty Air Force”, I was stationed in RCAF Stn., Cold Lake, Alberta 62-64. One of my duties was to take a T-33 up in the evening and link to Malmstrom and carry out PEGE testing of the radar, height finder and comm frequencies. Which was your dad’s SAGE site, Malmstrom controlled 4 radar sites in Alberta & Saskatchewan at the time. During one Winter storm one of the airmen was walking near the tankers (SAC KC-97 refueling base) and a guard yelled at him to halt, due to the wind he did not hear and so he was shot.

Regarding the SR-71, we had a couple of exchange officers from the RCAF instructing at Nellis AFB. They were told that if they had a problem with their aircraft and tried to land at some un-designated base they were told to bail out and stay away from that area, otherwise they might not return to Canada after their tour!!!

Back in the 70s and 80s my avocation was placer gold mining on a claim east of Beale AFB in CA. We would regularly see a KC 135 take off and we knew that 30 minutes later we would see an SR 71 go streaking across the sky, and we did. The first order of business was to refuel after take off. The SR 71 while designed in the late 1950s was the first stealth aircraft. My brother-in-law scheduled SR 71 flights out of Japan and once commented that they would get a one sentence transmission from a returning Blackbird (usually at night) to the tune of “I’m coming in” and soon after he would land and taxi straight to a hanger. But those planes never showed up on the Kadena AFB radar. Many years later there was a big stink when the stealth nature of the F 117 was revealed as some kind of a national secret when in fact it was not the first stealth A/C and it was certainly not news to our adversaries.

Santa Clara County officials fail to understand one very simple fact: Airplanes, pilots, and airplane owners are, by definition, extremely mobile. You ban the sale of the fuel I’m required by law to use? Fine, I’ll buy my fuel somewhere else and fly it right back home to Santa Clara County! You’ll still have and extremely minute trace of lead in the air. Santa Clara’s ruling class has done two things: punish the local FBOs and show the world just how stupid elected officials (and the voters who elect them) really are.

If Santa Clara prevails, expect to see more airports being banned from selling 100LL. While the end goal of the county is to close the airport, you can expect other cities looking for creative ways to close an airport will be looking to see how this plays out here.

The real estate developers and the city of San Jose have been salivating over this plot of land for a long time to turn it into more apartments and condos. Can AOPA lawyers and FAA turn up the heat on the city to prevent this tragedy from happening? This is reminiscent of the Chicago Meigs airport destruction by the asshole mayor Daley.

Poll: Should The Mask Mandate For Airlines Be Canceled?