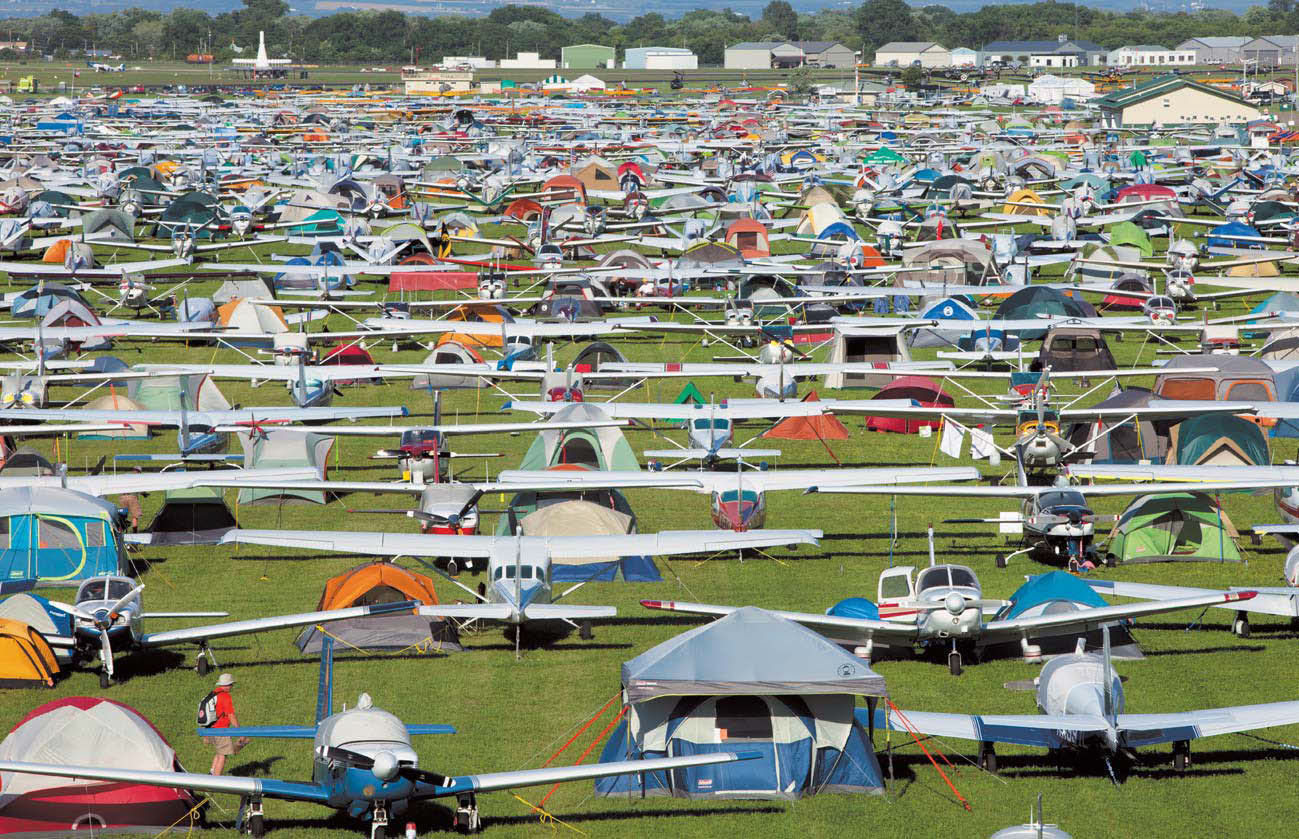 I’d stepped into the pilot’s lounge at the virtual airport after finishing up with my last student of the day. I didn’t think anyone was still in the building and I wanted to make sure the coffee maker was off—it has a tendency to create enough smoke to fog the room by morning if left unattended. There’s supposed to be an automatic shutoff but I can’t help but suspect that it has developed a personality and gets upset at being ignored and retaliates when people leave of an evening.

The switch for the caffeine dispenser was firmly in the off position, so I started to turn toward the door, intending to head home. As I did so, I noticed that there was a copy of Last Plane Out, John Ball’s novel of aviators, personal integrity and what it means to have a passion for flight that defines one’s life, lying on the table nearby. I’d been deeply moved by the book when I’d read it as a teenager. Ball’s pilots were people who were a cut above ordinary because of their commitment to the highest standards in practicing their craft, readiness for—and ability to handle—the unexpected, an instant willingness to help others and a refreshing humility in their carriage. They had pride in their skills, without hubris, and the visceral understanding that no matter how much they knew, there was always so much more to learn. I grabbed the book and sat down to reread some of my favorite parts.

An hour later it was dark outside, and I was still engrossed in the book. I looked up at the sound of footsteps in the hallway. Karver came through the door and said, “Hey, how you doin’?”

“Great. What brings you here so late?”

“I just landed, put the plane away, saw your car in the lot and came in here looking for you.”

“I was hoping to talk to you about flying into AirVenture. I read that painful column you wrote after a friend of yours was killed in a crash just short of the airport on the Fisk arrival and you were furious at the stupid pilot stuff you’d seen that year. I’ve printed out the NOTAM for Oshkosh, read it, underlined and highlighted stuff; I’ve read just about everything I can find on flying in and watched a boatload of YouTube videos. But I’ve still got questions.”

“Karver, I think you’re doing all the right things. I’m not sure I can add anything to what you’ve done.”

“Look, you’ve flown into Oshkosh for over 45 years, right?”

“Something like that, but I missed a few years.”

“Yeah, so what do you think is really important about flying in?”

That stopped me for a moment. Karver is in his early 20s. He’s had his private ticket for something over six months, has already gotten a tailwheel checkout and is one of those poor schmucks who has lost is soul to flying. He reads everything he can, and I think I learn more from him when we talk than he does from me. As I thought, something came to me.

“I think flying into Oshkosh is where pilots are separated from airplane drivers.”

Karver looked puzzled, “What do you mean? I’ve got a tee shirt that says ‘Airplane Driver.’”

“Yeah, I guess the old insult has faded with time. When I was learning to fly, the worst thing you could say about a pilot was that he ‘drove’ an airplane. It meant that the person thought in only two dimensions, not three, had no pride in turning a collection of aluminum and rivets into a living, flying entity, probably couldn’t fly both straight and level at the same time and when he approached an airplane at its tiedown, the airplane hung its head in shame at having to put up with the ham-fisted machinations of the uncaring human that was about to turn the ignition key.

To me, Oshkosh is aviation’s Mecca. True pilots fly to Oshkosh. They make pilgrimages to Oshkosh. Hundreds of pilots save for years just to be able to afford to fly in one time. Think of what you’ve done already to prepare—you’re not making a $100 hamburger flight. You’re going to fly into the busiest airport in the world. You recognize the seriousness of the endeavor. That’s what pilots do.

“I think that’s the most important thing a pilot can do—recognize and respect the seriousness of flying into OSH during AirVenture and act appropriately.

“I think that means being determined to have your game at its highest level from the moment you’re 50 miles from Ripon on the arrival all the way through when you’re 50 miles out on the departure. To me that means having taken a flight review within the last month or so and being truly able to hold 90 KIAS within plus or minus five knots (and knowing the power setting you’ll need) as well as altitude within plus or minus 50 feet while tracking directly over a set of railroad tracks. That’s an objective standard. If you can’t fly to that level of precision, either practice until you can or don’t fly in to OSH. It seems to me that part of respecting the seriousness of flying into OSH is having the maturity and judgment to honestly evaluate yourself and say that as much as you want to fly in this year, you aren’t going to.

“I think it means knowing the NOTAM cold and having made and thought all the way through alternative plans for what you’re going to do if the airport closes or the weather comes down and you have to divert.

“I think it means planning the flight so that the leg into OSH is no longer than 1.5 or 2 hours so that you and your pax aren’t dealing with biological pressures that will adversely affect your ability to do the pilot and judgment thing that you’re going to need to do.

“I think it means little things such as respecting weight and balance because you may have to maneuver your airplane dramatically right now and over gross or out of C.G. may mean you can’t do it. It means making sure that you are comfortable flying a tight, right-hand pattern and landing on a spot. It means prepping your passengers for sterile cockpit, how to look for traffic and how to tell you about it. Oh, and it means learning that when taxiing on grass—as you’ll do at OSH—you need to hold the yoke all the way aft to maximize prop clearance and minimize the chance of dinging your prop.

“I think it means tamping down the greedy, game-the-system behavior we’re encouraged to have in today’s world and being ready to show consideration for other pilots and airplanes. A little courtesy goes a long way on the Fisk arrival. I keep thinking of the powerful southern lawyer I worked with years ago who was invariably a gentleman while doing his absolute utmost to win his case. He taught me that courtesy should never be misinterpreted as weakness. As pilots, the courtesy we show to another aircraft in coordinating an arrival may just keep all involved alive. After all, when we’re in flight, we’re playing for keeps—being a jerk can have fatal consequences.

“I think it means recognizing that the world is watching when we fly into OSH and we have an obligation beyond just ourselves to arrive not only safely, but with some degree of élan.

“Karver, I feel strongly about flying into Oshkosh. If a pilot doesn’t have respect for what it involves, he or she should absolutely not be doing it. I have nothing but contempt for anyone who would try it without reading and being prepared to follow the NOTAM—I firmly believe that they have caused fatal accidents because they cost air time as ATC tried to sort them out and that triggered a reaction elsewhere that could have been stopped had the frequency not been tied up.

“Every one of us who flies in to OSH is on stage. Our errors are shouted to the world. We’ve had years where there were so many accidents that there was pressure to make radical changes to the arrival procedures that would reduce them to one airplane every few minutes. We have the most liberal general aviation regulations in the world—and there are those who would like to see them far more restrictive. A few crashes at OSH could go a long way toward making that happen. I firmly believe that one inconsiderate pilot could ruin what we have at AirVenture.

“We are pilots. Because of what we have learned and are able to do, we have come to know the glory of the sky. We make up a tiny fraction of one percent of the population. That sets us apart in many ways—one of which is a duty to recognize how fragile the privilege of flying ourselves can be, and to do our utmost to do nothing that would potentially ruin it for others. I think we have an obligation to demonstrate at the epicenter of the world for aviation passion—Oshkosh—that we take the process of flying into that hallowed place seriously. I think we have an obligation to show the world that we are pilots, not some lesser being.

“Karver, I wish I could go with you to AirVenture this year. You’re committed to doing your best and I know you will fly the Fisk arrival like a pro. I wish I could be sitting next to you when you hear that ultimate accolade a pilot can receive—after you fly that tight pattern, land on the colored dot and as you angle off the runway onto the grass the controller says, ‘Nice job. Welcome to Oshkosh.’”

Rick Durden is a CFII, holds an ATP with type ratings in the Douglas DC-3 and Cessna Citation and is the author of The Thinking Pilot’s Flight Manual or, How to Survive Flying Little Airplanes and Have a Ball Doing It, Vols. 1 & 2.