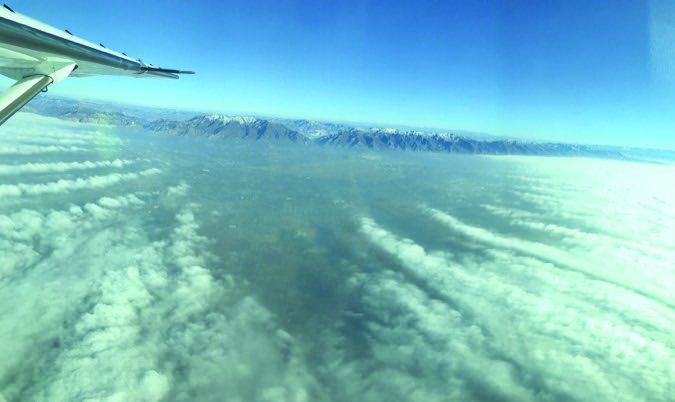 Operating a commercial hot air balloon operation for two decades, your wind summary is spot on. Wind is the engine, directional control or brake for a lighter-than-air (LTA) aircraft and its through understanding critical to safe operations. We use all the elements mentioned in maneuvering a LTA and its understanding critical when winds pick up.

Interesting…I taught whitewater rafting and canoeing at Georgia Tech (while I was still in high school. Note-my father was a professor there and I was more of an assistant) Physics students would take the course to visualize hydraulic systems and eddy currents around rocks.

That is also how I visualize air flow, like water flowing down a river. And how I explained air flow to student pilots (we are all permanent student pilots). It becomes very important when the winds are high and you are flying low in a helicopter around a large city. That airflow can be as disruptive as a Class 5 or 6 rapid. In a Robinson, this could mean you will possibly get a tail strike and fall to your death…not a pretty sight as we have seen recently.

Thank you for this perspective, this is very helpful in understanding the perspective of ATC. As someone about to go for his IAR check ride, it’s really useful to hear how controllers handle lateral and vertical vectors. I really appreciate when a controller takes the time to fit me into their workload during my (probably very annoying) practice IAP requests.

I am often offered “Proceed on Course” by my local Class C as I transit VFR to a nearby Class G airport. Now I know (or hope) that the controller knows I am headed for the Class G involved. That is why I asked to transit the Class C. But I have never been comfortable with that “Proceed on Course”. My response to that or a “Resume own Navigation” is to respond:

“Proceeding on course/Resuming own Navigation – direct KXXX at 3,000 – N1234” or some such to be crystal clear what I am now planning on doing.

Poll: Should the Airline Retirement Age Be Extended Beyond 65?