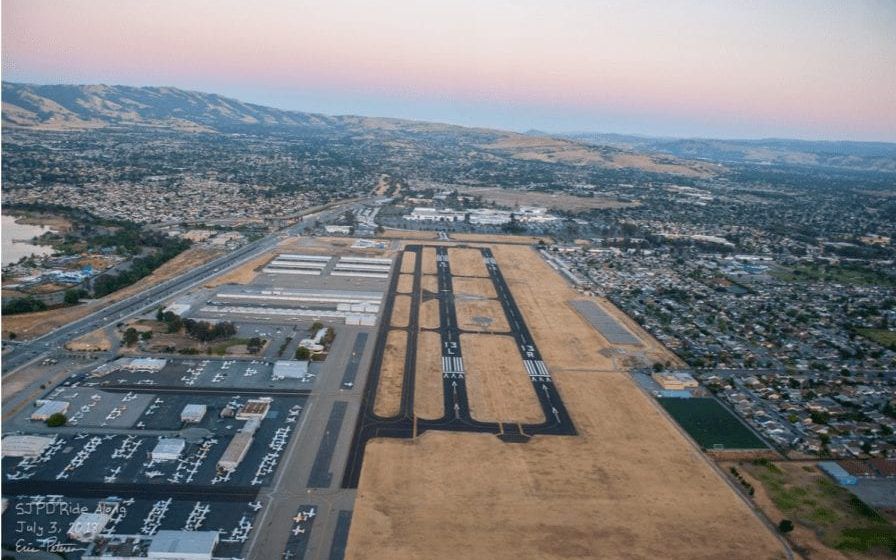 The FAA is investigating an array of safety concerns including a ban on the sale of leaded aviation fuel at two airports in California’s Santa Clara County. In a letter to the County, the agency noted that it has “received multiple complaints from airport tenants and users, along with a group representing industry stakeholders” alleging violations of grant assurances at Reid-Hillview Airport (RHV) and the San Martin Airport (E16), both of which have received federal funds. The FAA reports that there are approximately 124 aircraft based at RHV, which sees an average of 573 operations per day. E16 averages 91 operations per day with approximately 34 aircraft based at the airport.

“The FAA is committed to building a sustainable aviation system and a lead-free future, and the agency will work with the County to achieve this shared goal,” the agency wrote in the letter (PDF). “However, in the interim, all parties must adhere to grant assurances. Therefore, the FAA strongly recommends that the County take action to suspend the effective date of its ban on leaded gas at the County-owned airports until this matter can be resolved.”

As previously reported by AVweb, a coalition of aviation organizations sent a letter to the FAA earlier this month asking the agency to take action against the fuel ban, which is scheduled to go into effect on Jan. 1, 2022. It has also been alleged that the County is refusing to offer long-term leases for tenants at Reid-Hillview Airport whose leases expire on Dec. 31, 2021, and is considering “pursuing any and all available paths to early closure [of RHV] prior to 2031” when its grant obligations will be met. The FAA has given the County of Santa Clara 20 days to respond to its concerns.