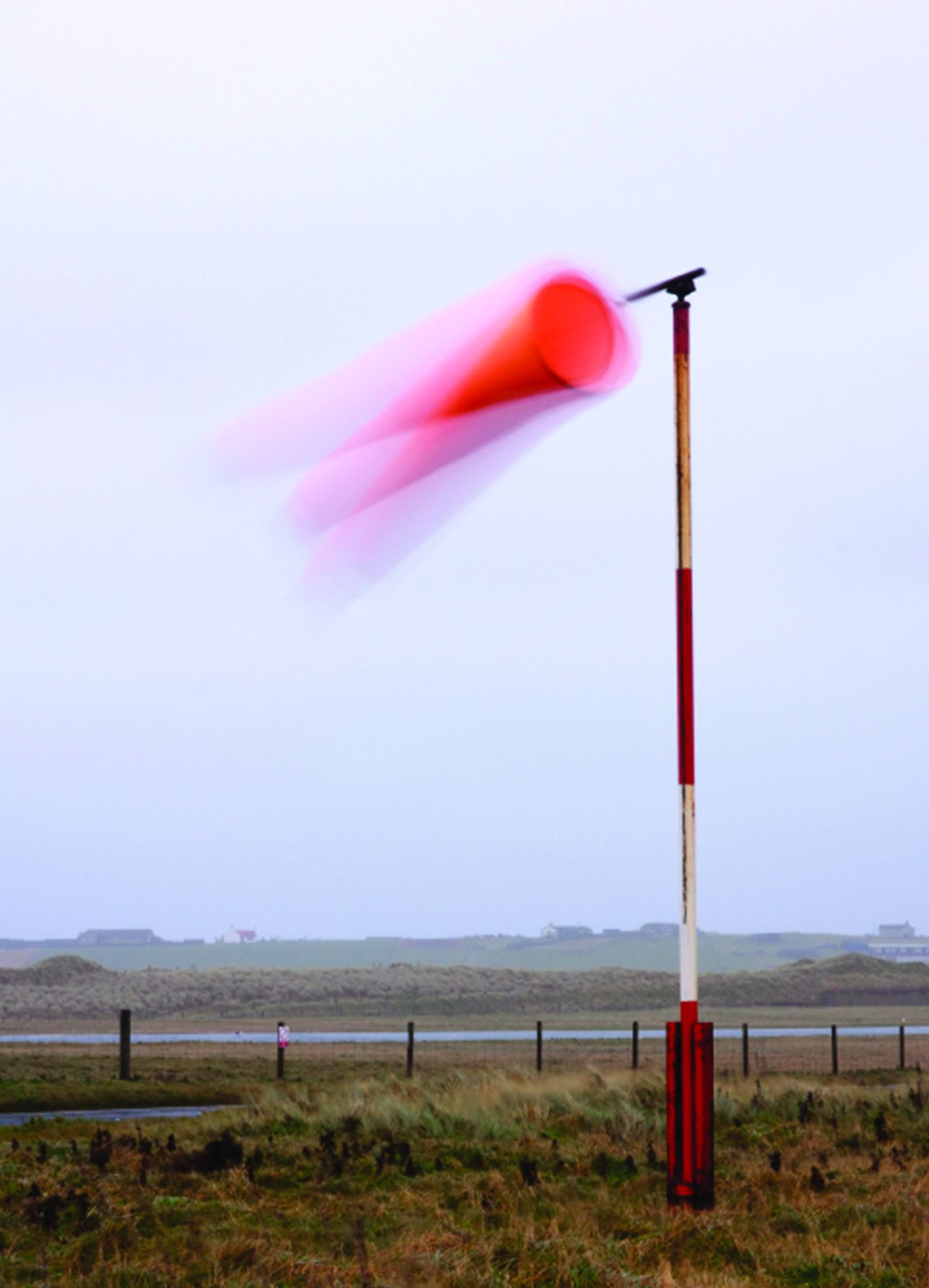 There’s normal, and then there’s normal. Which is to say that while much of aviation relies on routine procedures and aircraft configurations, among other things, there are exceptions to most norms. For example, the FAA long ago declared a “normal” landing to be one with an airplane’s wing flaps, if any, fully deployed. That’s not the same as saying we always must extend full flaps before landing, no matter what. Like in a stiff, gusty crosswind, for example, whose presence means the landing is not “normal.”

Instead, airplane design and the wind conditions themselves are factors that can strongly argue in favor of partial- or no-flap crosswind landings. The runway we’re trying to use is a big part of the decision also, since good technique for a gusty crosswind is to add half of the gust value to the final approach speed, often designated VREF. Greater speed on approach and landing means a lengthier runway requirement. Another consideration is whether going around is a likely outcome of the approach, since many airplanes don’t climb well with full or partial flaps deployed.

Flaps, of course, come in all shapes, sizes and degrees of effectiveness. The barn doors on some 100-series Cessnas, especially when deployed to 40 degrees, is in stark contrast to, say, a Cessna 310’s split flaps. And the airplane’s basic design itself figures into the flaps deployment question when dealing with a crosswind—other things being equal, a low-wing airplane typically is more controllable in a gusty crosswind. And controllability during the upcoming landing is of greater importance than normal.

How well the airplane handles crosswinds in the first place also bears on the speed we want to use, and has a lot to do with whether to use flaps. Aileron and rudder effectiveness at low landing speeds is the critical factor and, if you routinely run out of rudder in a steady, non-gusty crosswind, for example, you might want to add a couple of knots, at least until close to the runway. If the airplane has a tendency to float with full flaps, using a partial setting can be the cure.

Airplane weight also can be important. If it’s just you aboard at the end of a long cross-country, you’re going to be light. All things being equal, a heavier airplane is more resistant to gusts and crosswinds, since it take more force to displace it. How the airplane responds to a gust at your weight can mean you want to use a higher speed, and go-around considerations may mean a partial-flap landing is best.

There can be a delicate balance between runway length and width, and how much gusty crosswind we can tolerate. As discussed, we’re typically taught to use a slightly higher approach speed in these conditions. But that extra speed has to be dissipated somehow before we can come to a stop on the runway. We typically do that in the flare on a calm day, but such a technique isn’t always the best when wind direction and speed are constantly changing.

And the crosswind itself means we may not be able to stay as close to the centerline as we would like, especially in the flare before touching down, after which we can use the landing gear to help establish and maintain directional control. More pavement in the lateral dimension is an insurance policy in such conditions.

How do the runway’s dimensions relate to flap use? If we’re trying to get into a short field with a gusty cross, we’re probably a bit faster than normal, having added half the gust value to our approach speed. To minimize the runway length requirement, we might want to add flaps. And we might not, which makes a relatively short, narrow runway more of a concern than if we were at NASA’s Shuttle Landing Facility.

No matter how likely our chances of completing the landing, stuff happens and we may need to go around. Some airplanes, perhaps with less-effective flaps, respond well when full power is applied for a go-around in the full-flap configuration. Some don’t, and many will respond with a strong tendency to pitch up regardless. That pitch-up tendency coupled with less-than-stellar acceleration with flaps deployed may mean that leaving them fully or partially stowed is the best choice.

If deploying full flaps is your considered choice for this landing, you may want to make the go-around decision sooner than normal, and at a higher altitude above the runway. Regardless of flap effectiveness, sluggish acceleration for the go-around may itself be a major concern, along with terrain or obstacle clearance.

There’s also workload to consider, since few personal airplanes climb all that well with flaps extended. Retracting fully deployed flaps on a go-around is best done in stages, a “notch” at a time. Until the flaps are fully stowed, along with the retractable landing gear if so equipped, climb performance will suffer. Depending on the systems, that can take a while, during which you’re in the precarious position of being relatively slow, just above the runway and dealing with unpredictable winds, while managing all the systems. It can be a busy time.

The bottom line in this discussion of whether to use flaps and, if so, how much, really comes down to the conditions you’re experiencing. If you’re trying to get into a relatively short field, full flaps might make sense. Same with a soft field. If you’re landing at Class B International, with its long, wide runways and a controller asking you to keep your speed up, not so much. And if all this is new to you, and you have no idea how to decide whether and how much wing flap to use, go get some practice.

It would be nice to do it with an instructor, but that’s not as critical as choosing the right day and the right environment. Try a runway with a steady-state crosswind first, and make multiple landings/approaches with different flap settings. Find one that seems to work best for those conditions. Include a go-around in the mix and decide how busy you want to be.

Next, pick a gustier day and do it all over again. It would be ideal to be able to vary the airplane’s weight, but if you fly enough practice approaches and landings, you’ll burn off some fuel and maybe learn more about how a gust can push you around in the flare. It’s all about maintaining control in a gusty crosswind and getting the airplane on the ground in one piece when it counts. It would be nice if you’d done it before.

This article originally appeared in the June 2021 issue of Aviation Safety magazine.