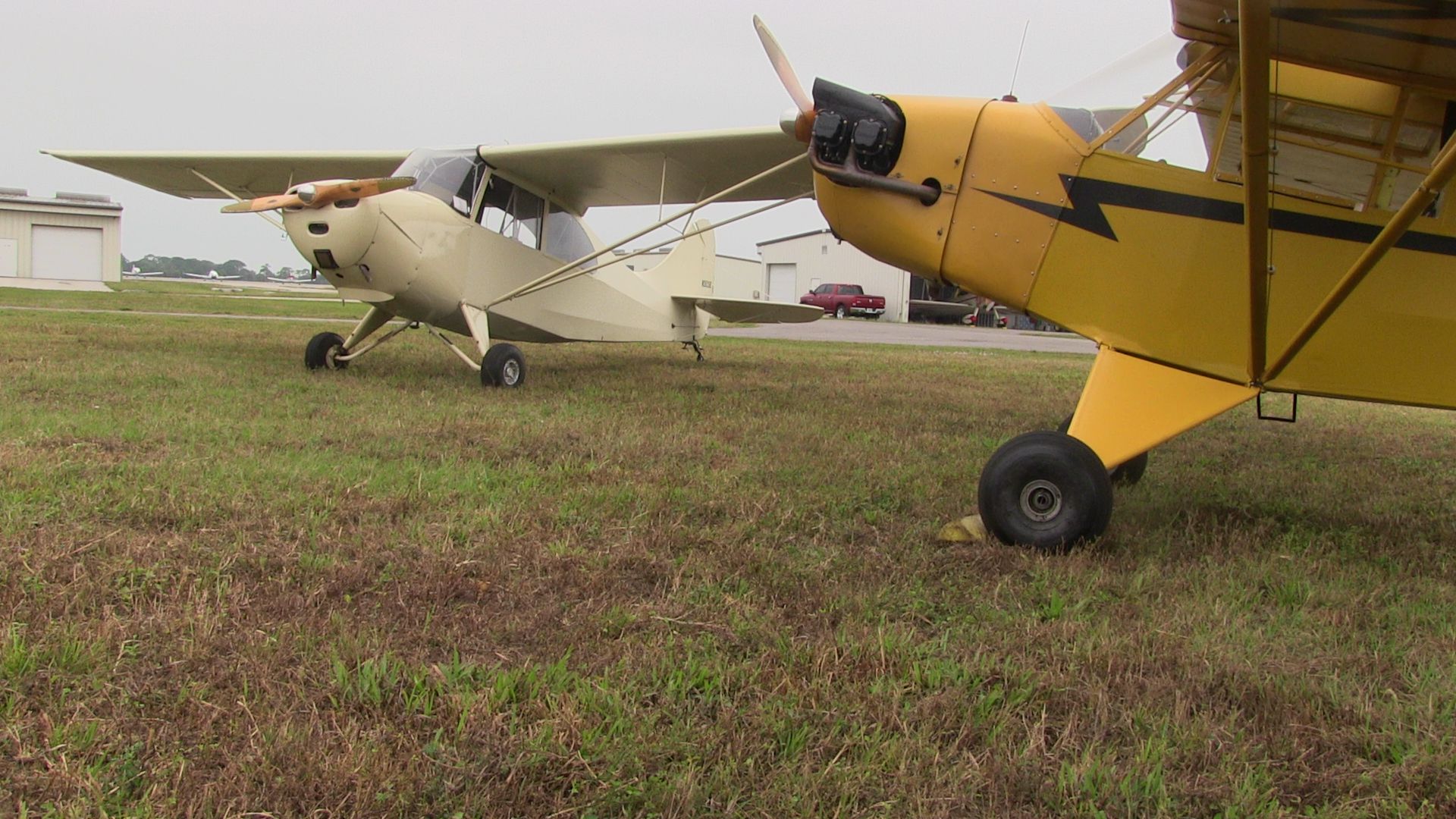 One of those clear winter dawns, and the preheated 65-HP Continental engine popped awake on the first pull of the propeller blade. Standing in the prop blast (I hand-prop from behind) provided time to marvel at how my Aeronca Champ has been so reliable in our 37 years together.

Plus, how increasingly miserable it is to hand-prop airplanes in a Midwest winter. The airplane didn’t care and indicated she needed attention, because flight is, ultimately, all about her. And, yes, she’s a she. Her name, Quinta, is short for Quinta Essentia, the Fifth Element, a name she revealed to me shortly after she found me eying her from across the ramp at a now defunct little airport in the Santa Cruz Mountains of northern California. I tried to pretend I was chatting up a nearby Cub, but she knew and after our second flight together revealed the source of her name.

Long before Maurice White discovered the periodic table, philosophers believed that five elements constituted existence: Earth, wind and fire …. No. Make that: Air, earth, water and fire with a fifth element, more mercurial than the others, promising flight. Or that’s how Quinta explained it after she took me in.  Anyone who thinks we humans buy and own airplanes is, frankly, delusional. Like cats, they select us, while we merely provide for their every whim, and some are maddeningly more whimsical than others.

Back to the morning start. Oil pressure rose within seconds, and I knew oil temp would barely nudge off the peg by takeoff. She’s cold-blooded but loyal, or, “Yar,” as Kathrine Hepburn described a sailing yacht in the movie Philadelphia Story (1940).  After thousands of intimate hours together—with Quinta, not Kate—I know how she flies, but more importantly, I anticipate her expectations.

Meet them, and the sky’s no limit. Fail, and she’ll humiliate you with a bounced landing only YouTube could love. So, when the right mag sent a butt-jiggling shudder through the airframe, I knew she was demanding that I make good on promises to address maintenance squawks deferred since spring … of 2014.

In a lifetime of unjustifiable arrogance, I’ve claimed a half-dozen small airplanes as my own, each equipped with either Lycoming or Continental engines. My Lycs (O-360 and O-235) love lead, as in love to smear it all over their innards, especially spark plugs. My small Continentals love to stick valves, symptoms of which I’d often mistake for a fouled plug.

In airplanes with electric starters, you might not notice a sticky valve, but when pulling the prop through by hand, a stuck exhaust valve makes a depressing whoosh as the prop flips way too easily through that cylinder. Performing the “rope trick” by removing a spark plug and stuffing tiedown rope into the cylinder, then slowly pulling the prop through until the cylinder presses the wadded rope against the sticky valve until it closes, is a must-have tool in the antiquer’s survival kit.

Not a cure but enough to get you off the ice floe and away from lurking polar bears. Neither fouled plugs nor sticky valves are difficult to treat and are mostly avoidable with aggressive leaning, clean living and lead scavenger fuel additives. Quinta lacks mixture control from inside the cockpit so no help there, and I’ve always been suspicious of fuel additive nostrums, but TCP (tricresyl phosphate) is an exception.

I’ve only been using the lead scavenger for a few months in my 115-HP 7ECA Citabria (Lycoming O-235-C1) so can’t report anything definitive beyond the added cost. Car gas is lead-free but stinks, and lugging gas cans gets old real fast, so I’ve avoided it until recently when a local supplier offered car gas blended 50/50 with 100LL at the pump.

After Quinta’s morning snit, I called the mechanic who quickly came to my rescue—a good deed that would not go unpunished. To make room in his shop, we rolled his Cessna 172 into my hangar and my Champ into his, where he quickly diagnosed a fouled plug, which was easily fixed. Unfortunately, I had to open my big mouth and say, “While we’re here …” and shared Quinta’s squawk list.

Hours later, the prop was removed for painting, likewise the spinner. The nose bowl had a minor crack in the paint but it had penetrated the fiberglass, so it’s now on the bench awaiting patches. And while we’re there, several Dzus fasteners were sloppy, so let’s replace those. Moving aft and lower, I mentioned that the left brake sticks (mechanical drum and cables, not hydraulic), as does the throttle cable, so we opened the boot cowl, removed cabin side panels and replaced suspicious cables, because a good mechanic—the kind who simultaneously vexes and protects lackadaisical owners from ourselves—looks for what looms ugly over the horizon.

After drawing blood while running his hands along the rudder cables, he ordered—not requested—me to remove the floorboards and, “While you’re there, clean out all that grass and mud dauber grit that’s accumulated in the belly since the annual.” Found the pen I’d dropped last summer, too.

And now, the unjust reward for the A&P’s willingness to help. Toward evening, the mechanic wanted to take his Cessna 172 up. Alone in my hangar, he started to open the door, when an overhead cable that had served me flawlessly for 30 years broke free and clawed his 172’s tail with the viciousness of a cat who’s been ignored. So, no one spent the next clear winter’s morn in either Champ or 172. Instead, we rigged new cables through the rafters to keep the hangar and all her contents happy. Pilots—we live to serve and never learn who really runs things.