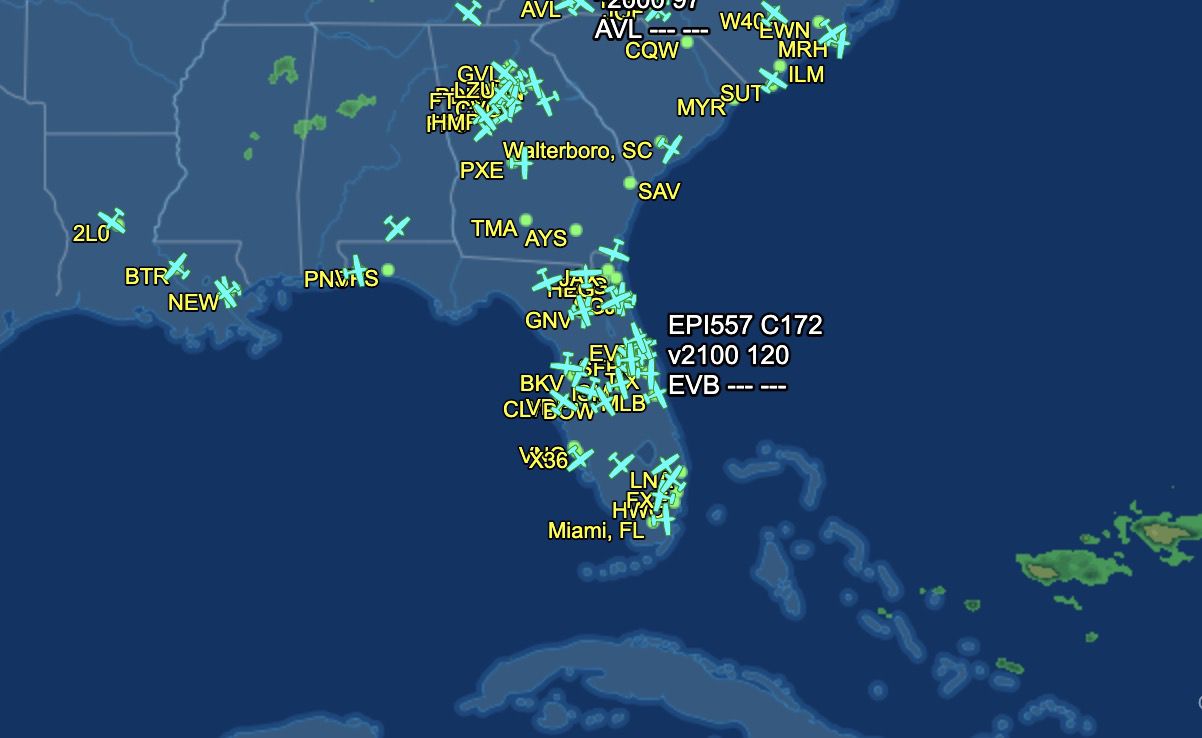 Airline traffic over the Thanksgiving holiday was widely lauded as at least a modest success. Despite urgings from public health officials, all four days of the holiday showed substantial traffic growth over the previous weekend, but all things are relative. Thanksgiving Day itself is the heaviest traveled day in the U.S. for all modes, but the TSA’s data is a little murky here.

It shows 560,902 passengers for Thanksgiving Day, compared to 2.64 million last year. That’s only 21 percent of the previous volume. The better measure for airlines—at least this year—might be the day before. This year, 1.07 million passengers flowed through the TSA turnstiles, compared to 1.96 million on the same day in 2019. That’s about 55 percent of last year’s volume and given the dismal numbers so far, it looks like progress, but probably not profits. Much of the airline fleet remains parked for lack of demand and just a cursory review of the data reveals a couple of interesting things.

According to flightradar24, a year ago, it was tracking a seven-day moving average of about 110,000 flights a day. That’s down to about 68,000 this month. So while the airlines are only flying 40 percent of the passengers—or less—they’re flying 62 percent of the flights compared to a year ago, which immediately suggests that the load factors aren’t high. And that seems to be case, although some airplanes are definitely packed.

This has resulted in another curiosity that I’ve been watching for a couple of months. By the time the sun comes up on the East Coast, the Cessna 172 rises to the most flown aircraft in the U.S. and probably the world. Early in the morning, it’s more likely to be the Airbus A320. Yesterday at 6:30 a.m., 1084 were being tracked by FlightAware. Later in the day, the 172 displaced it, with more than 900 flying.

Before the pandemic, A320s and 737s would have traded off the top most-airborne slot all day, with the 172 down the list. What’s probably going on is this: Airline activity has taken a bigger hit than training has because the vast majority of those Skyhawks aren’t fun flights, but training operations. On a typical day, Florida is buried in the little yellow symbols that represent airborne airplanes. The area around Daytona Beach, where Embry-Riddle remains busy, is dense with them.

This yields yet another curiosity. All those students and schools are betting on the come. For while one end of the pipeline is choked with parked airplanes and underemployed pilots, the other end is pumping would-be new hires into the other end. The assumption is that post-pandemic, both the economy and airline activity will come roaring back.

I have no prediction myself. But Bill Gates does: “My prediction would be that over 50 percent of business travel and over 30 percent of days in the office will go away,” Gates said recently at a New York Times conference.  If he’s right, the airlines may have to retool to promote more vacation and leisure travel to regain the lost volume. It may take awhile.

Scrolling the FlightAware lists reveals other interesting trends.  The Cirrus line—mostly SR22s—has a rep for high flight activity, but it’s a mere fraction of the Skyhawk flights. It’s many fewer but usually longer flights for the Cirri. The other morning, when there were 900 Skyhawks being tracked, only about a dozen SR22s were airborne, but half of them were crossing into other states. All the Cirrus aircraft combined never break the top 10 or even the top 50 on most days.

Among the top 10, Airbus models enjoy a consistent edge. Recently, at 7 a.m., 1700 Airbus airplanes were flying, versus 1405 Boeings, mostly 737s. I wonder if the reactivation of the idled MAX fleet will change that ratio. If it doesn’t, Boeing’s worries may not be behind it.

FlightAware amusingly reveals there always seems to be at least one of just about everything flying. On a recent morning, I found a Lockheed SR-71 flying in Australia. Could that be the much-rumored SR-72 flying under a pseudonym? Or just an error? At the other end of the speed spectrum is a Cessna 140 that makes repeated out-and-back flights from Wadsworth Muni in Ohio early in the a.m. I shiver thinking about pre-heating at 5:30 a.m. to get airborne an hour later.

One can speculate what’s going on with these onesies. Some are training flights and one Boeing Defender helicopter—that’s the old Hughes 500/OH-6 platform—has been flying early morning hops out of Cape May, New Jersey. Testing? Could be. Cape May has, off and on, had a history of modification and manufacturing businesses and recently broke ground on new facilities.

Another thing you see often is an airplane flying dozens of racetrack patterns over cities. A black intelligence agency collecting data on the unsuspecting citizens below? More likely it’s a LIDAR-equipped survey airplane doing the kind of photogrammetry work Microsoft used to improve its Flight Simulator, as described in this week’s video. That can happen night or day, but only in good weather.

On some day in the distant future, no corner of the inhabited world will escape that level of scrutiny. I wouldn’t be surprised if they’re being flown by furloughed airline pilots. Here’s hoping those furloughs do end. And soon.

This edition of our news feed will reach you on Christmas morning. On behalf of the entire AVweb staff, I wish you a wonderful Christmas and a safe and joyous holiday season. After the year just past, I think we all deserve that.