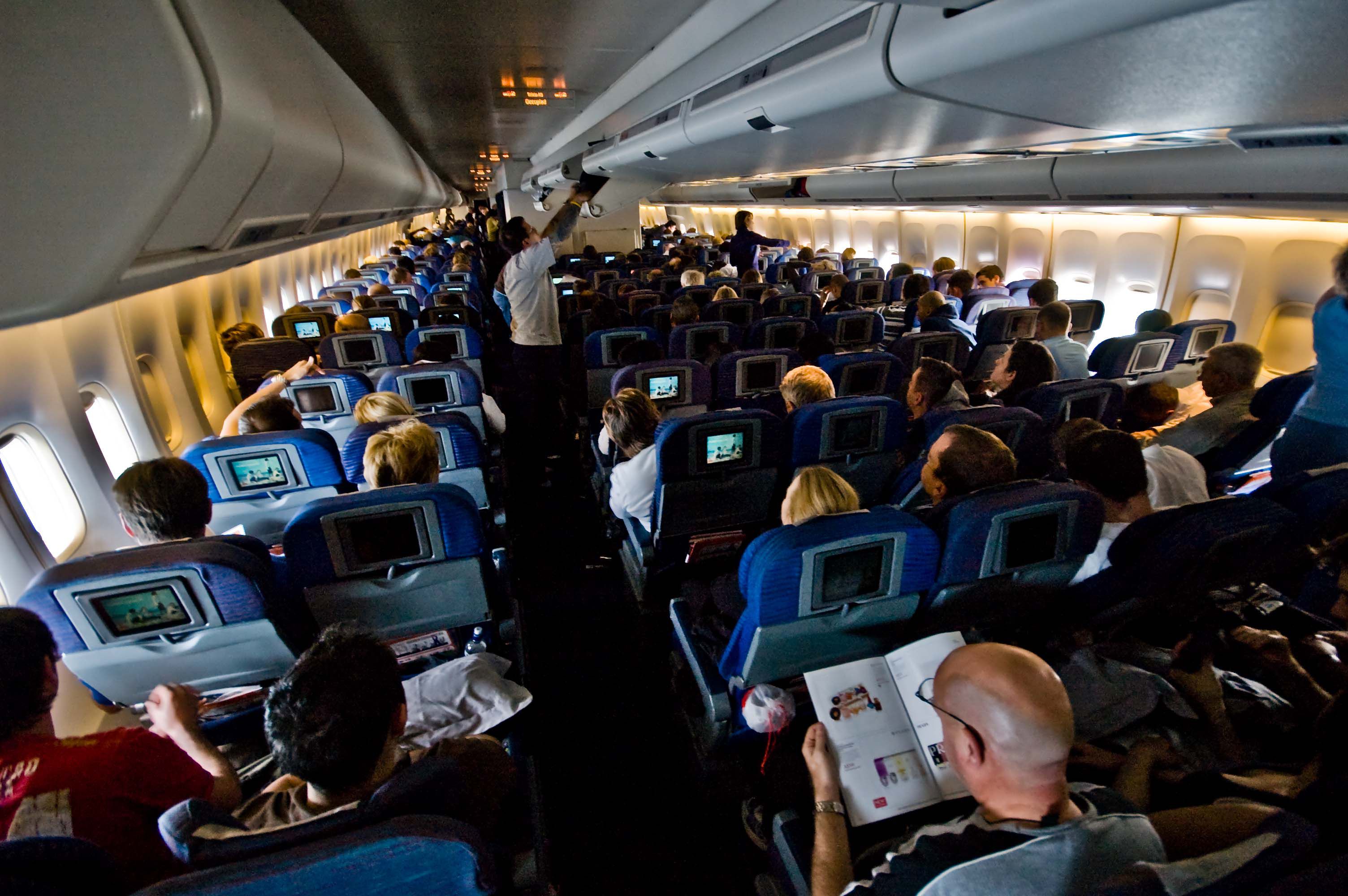 I don’t know about you, but I’m not in the mood. And I get less in the mood every day. The mood I feel slipping away is the slightest tolerance for passengers who misbehave on commercial airline flights. Misbehave is too generous. More like act like complete, flaming ^%$#@&.

You’ll certainly know I’m referring to this story we ran last week describing how the FAA, under its new “zero tolerance” policy, is putting its foot down. The agency proposed to fine a woman passenger $27,500 for allegedly refusing to cooperate with a cabin crew and eventually clocking one of the flight attendants. The woman was defending a male companion who refused to don a mask, refused to fasten his seat belt and refused to stow his tray table.

But the FAA got this exactly reversed, in my opinion. The man should get the fine—and it’s about right, in my view—and the woman needs to spend time in the slammer, along with a larger fine. The relevant code is 49 U.S. Code § 46504. It prohibits interference with a flight crew member and carries sentences up to 20 years for offenses and up to life if a weapon is used. I’m unclear on the fine structure, which seems to set a limit at $25,000, even though the FAA proposed more than that.

The zero tolerance was ordered by FAA chief Steve Dickson after the airlines reported numerous instances of threatened violence and/or noncompliance immediately before and after the Jan. 6 Capitol riot. It was the right decision, but how about a little execution? If you can bag life for using a weapon and up to 20 years for other offenses, surely some jail time for fisticuffs is warranted. It could be that this is in the offing if further civil action is contemplated.

For context, I found this 2018 appeal in which a defendant convicted of verbal abuse and physical threat—manhandling but not actually striking a flight attendant—was given a four-month sentence and three years’ supervised release. The Tenth Circuit found no error and denied the defendant’s appeal.

The first-class passenger’s behavior was egregious. He was intoxicated and at one point, a flight attendant felt threatened enough to prepare a hot pot of coffee as a weapon and to have handy a rubber ice mallet and handcuffs. His behavior went on for an hour and a half. When another FA tried to calm him, he said, “F*** you, c***.”

The defense lawyer’s argument was, to me, laughably lame but perhaps offers a glimpse into the defective thinking of people who behave this way. The appeal argued that the trial court erred in finding the law doesn’t require specific intent. The appeals court didn’t buy that. The appeal also argued that the statute is overbroad and restricts free speech in a way that might, for example, inhibit a customer from voicing a benign service complaint. Perhaps this has merit if you think “F*** you, c***” is the same as “Excuse me, but this airline really has lousy seats.” No soap there, either, said the appeals court.

Along those same lines, the defendant argued that 46504 is constitutionally vague because it “does not adequately inform a passenger what constitutes criminal behavior.” In other words, you have to tell me how big an ^%$(#@ I’m allowed to be before being arrested.

There are people in the world who think this way. Who imagine that it is their First Amendment right to be vulgar, rude and dismissive of the right of others to be treated with civility. Sadly, it is their right to behave this way.

But not on an airplane.

The quoted code gives some after-the-fact statutory bite to the ultimate authority on any airliner: The pilot in command. The skipper’s unchallengeable authority derives from maritime law because from ships, we learned that when the vessel slips its mooring—or an airplane takes off—an unwritten social contract ensues. Passengers are expected to behave in accepted ways for the communal safety of the vessel. And on an airplane, the captain delegates authority to the cabin crew. Interfering with them—including verbal abuse—distracts from operating the aircraft safely and that’s why the statue is as specific as it is.

Freedom of speech? Sure, up to a point. But beyond that point, a pot of boiling coffee, a rubber mallet and handcuffs may be the response. Put yourself in the flight attendants’ position for just one moment. Imagine being in a cabin many minutes if not hours from any law enforcement and being confronted by a person or multiple persons intent on malign behavior. You’re on your own until it gets bad enough for passengers to self-form a posse, which they will eventually do. But even that eventuality is undesirable. It’s better to keep people quietly in their seats and forestall their eruptions until they’re off the airplane.

Which is why the FAA, the airlines and fellow citizens should tolerate none of this nonsense. So, if you were the judge, what sentence would you impose for belting a flight attendant?

In my court, she’d get two years.