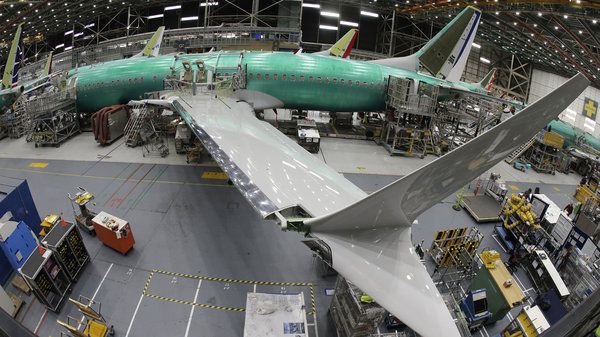 As Boeing tweaked final development of the 737 MAX, it made the MCAS autotrim system more aggressive and ultimately riskier, according to a new report in The New York Times. Boeing failed to inform even its own test pilots and the FAA about the revisions.

MCAS—Maneuvering Characteristics Augmentation System—was added to the 737 MAX to improve control feel in an extreme corner of the flight envelope at rearward center of gravity and high angle of attack. MCAS rolls in nose-down stabilizer trim to mimic the stick forces pilots were used to in previous 737 models.

However, as originally conceived, MCAS relied on multiple sensors including angle-of-attack vanes and accelerometers sensing load factor to prevent the system from activating erroneously. It also had a less aggressive trim schedule than the airplane was ultimately equipped with. The initial MCAS design could trim 0.6 degrees nose down in 10 seconds. The release software allowed 2.5 degrees in 10 seconds and was capable of applying full nose-down trim. During that same design change, MCAS’s primary data source was reduced to a single AoA indicator. “To me, it seems like somebody didn’t understand what they were doing,” an engineer who assessed the system’s sensors told the Times.

Nor did Boeing inform the FAA in detail of the last-minute changes to the MCAS design, according to the Times report. As the airplane was moving through final certification, Boeing asked the FAA if it could remove a description of the system from the documentation provided to customers for training and support. That was done and pilots transitioning to the MAX from other 737 models were unaware of MCAS, much less its intended function.

MCAS activates only when the airplane is being hand flown with flaps up and at high AoA or load factors. It was added because the MAX’s heavier CFM LEAP-1B engines are mounted further forward and the nacelles produce lift at high AoAs. This apparently reduced pitch-up stick forces that Boeing attempted to alleviate with nose-down trim provided automatically by MCAS.

The Times interviews of multiple Boeing employees revealed a compartmentalized approach to the MAX development flow, a process which left them without a complete understanding of the risk MCAS represented.