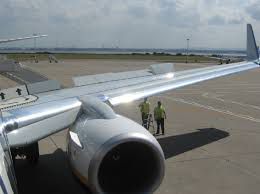 The FAA will order airlines worldwide to inspect the leading edge slat tracks of more than 300 Boeing 737s, including the 179 grounded MAX models and 133 late model NG models, because some of the tracks are prone to cracking. The aircraft will have to be inspected and repaired within 10 days. Boeing discovered the issue and reported it to the FAA. It’s not likely the issue would cause a crash it said but is a safety risk.

The tracks were made by a subcontractor to Spirit Aerosystems, which makes many of the major components of the 737. Replacement parts are already on their way to the affected customers, likely for the NGs first because they’re still flying. Although 312 aircraft are being inspected, the real number of faulty tracks may be as low as 41.