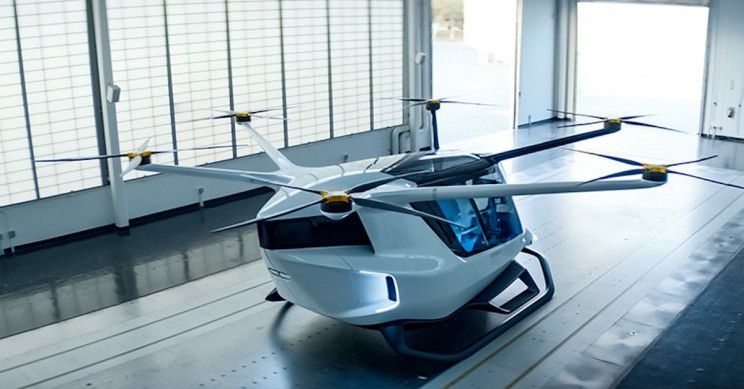 An apparently well-funded Massachusetts startup says it will develop a “flying car” hexacopter powered by a hydrogen fuel cell that will carry five people 400 miles. Alaka’i’s Skai says it picked fuel cells as an energy source because they’re much more energy dense and long-lasting than any batteries developed so far. The effort is backed by a single angel investor who has put about $15 million into the mock-up, video and virtual reality setup it has produced so far. It sees the market as urban mobility, package delivery, first responders and personal transportation.

Fuel cell technology is well developed but its widespread use has been hindered by the lack of a distribution system. The highly compressed and volatile gas needs special handling. Alaka’i said its vehicles will be refueled by trucks storing hydrogen that is produced from wind, solar and hydroelectric sources. “It’s the cleanest form of energy available on the planet,” Alaka’i board member Dr. Bruce Holmes told Digital Trends.