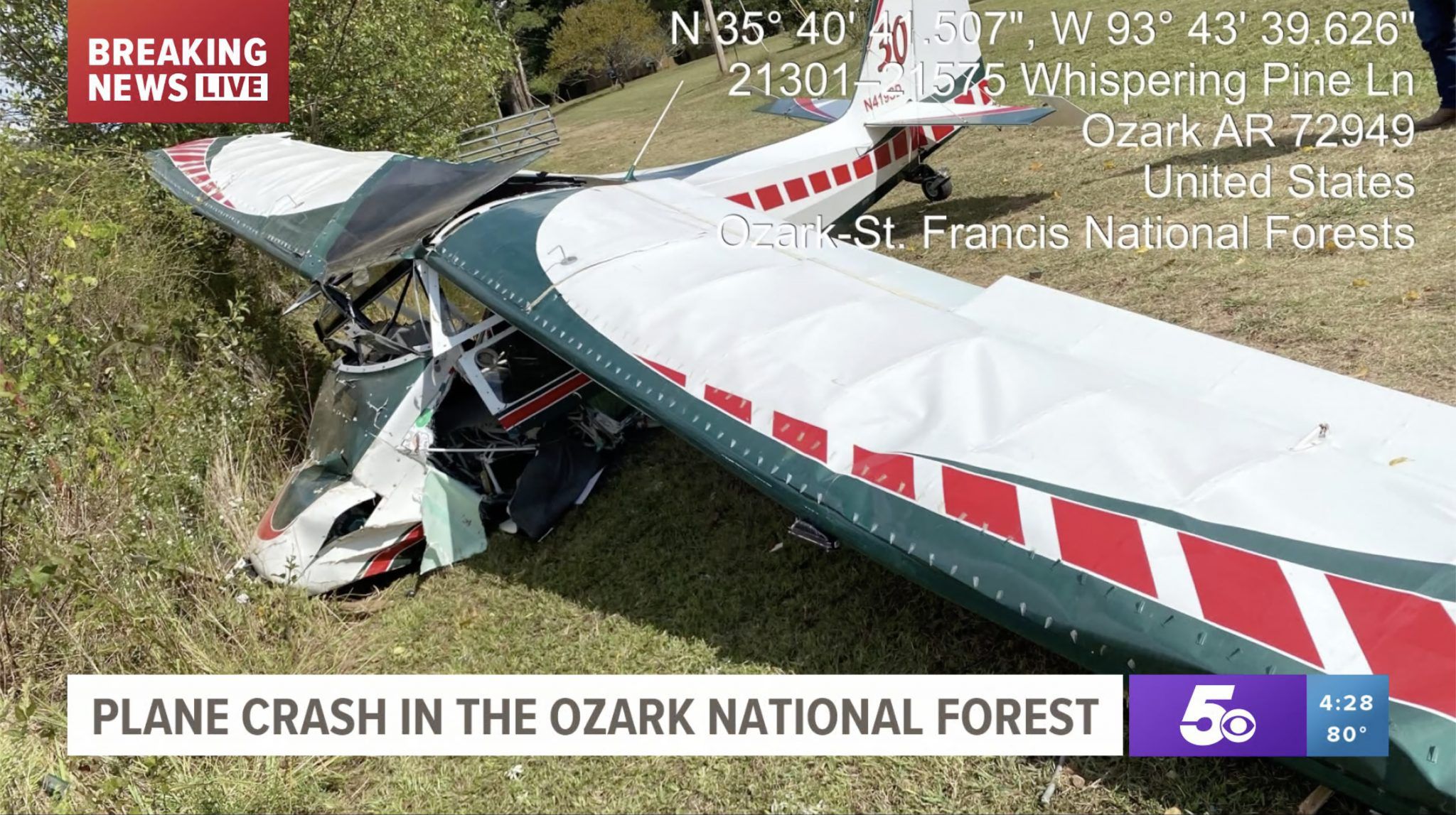 Last month I spent considerable time reflecting on the balance between risk versus reward, having completed the last leg of my journey home from Montana in less than favorable conditions. What drove me to reflect on those tense moments when the smoke obscured my visibility beyond expectations was an airplane that took off later that afternoon and tragically crashed just minutes from where I was just that morning. When I heard that the accident flight was a sightseeing flight in celebration of one of the pilots’ anniversaries, I was compelled to turn brain waves to keystrokes.

Above is a picture of the fourth (yes, fourth) airplane damaged at this year’s ArkanSTOL event. To be fair, three were just damaged airplanes, not life-threatening accidents. Taking place in the backwoods of the Ozarks, event creators have decided that in the world of one-upping STOL-themed competitions, they were going to take the gold, and it appears, in my opinion, as if they have.

When STOL competitions first started, it was merely about takeoff and landing distances. Purveyors of the High Sierra Fly-in decided that wasn’t enough, so they decided to add in a race-themed STOL contest that could turn into more of a spectator sport and through their recent acceptance with the FAA and the Reno Air Race Association, STOL Drag is taking the STOL competition world by storm, with licensed events happening all across the country.

But Byrd’s Adventure Center in Arkansas took the Billy Mays approach and added “but wait, there’s more” to the STOL competition world with what they call the “Ozark Backwoods Challenge.” Removing the thought of measuring takeoff and landing distances, adding in the concept of a timed race, and mixing in the complexities of multiple takeoffs and landings at different obstacle-confined airstrips in a small footprint, ArkanSTOL, and the mere participation in it, as one event purveyor has said, “is in itself worthy of praise.”

ArkanSTOL, an event sponsored by the Aviat Aircraft Company, touts itself as “an entirely unique experience,” and having just reviewed the definition of the word, that description is well-fitting. Pilots who volunteer to take part in the Ozark Backwoods Challenge are tasked with taking off from one runway, landing and taking off at three other runways, and then returning back to the start runway where they must cross a timing gate to stop the clock on the course.

These runways, all closely located within what is called Byrd’s Adventure Center, vary in length from 600 to 1900 feet and are all surrounded by large trees, power lines, and the constant threat of the clock. What’s unique about this is that when STOL competitions started, the world-renowned Valdez STOL Competition and its contemporaries truly tested pilots in skills that translate to flying as a whole and to backcountry aviation specifically. In Arkansas, in my estimation, they’re doing stuff with airplanes that has no real-world application unless we’re searching for creative ways to raise insurance rates.

The event in of itself is so confusing that multiple videos and Google Earth flybys are required to understand what the race course is. At the real Reno Air Races, it’s quite simple. You fly fast, you fly low, you turn left at the pylons. In Arkansas, you need to take a few moments to not only understand the ideal flight path to cut down your time completing the course, but to determine how far you can land down the runways to minimize your need to taxi and turn around for the immediate departure required to be competitive.

If STOL Drag taught us anything at Reno this year, it’s that the urge to make that stop and turn around means that a few propellors are going to eat some dirt. We also learned how quick you can complete a sudden stoppage inspection of said engine, and the value of having a couple thousand dollars to send a mechanic and the parts necessary on a jet to get that engine turning again for the next heat. At ArkanSTOL last year, they just robbed one propeller off one Carbon Cub to replace one on another, because competition makes us do things like negate the counsel of manufacturers and mechanics.

At this point, if it’s not clear to the reader, I’m not a fan of these STOL competitions. I have yet to see the fruits of what they bring to my niche of aviation besides the group texts that share the images of these airplanes on their back with the caption “another one.” We’re never surprised that airplanes end up like the one pictured above at the events like this, and, sadly, as fast as CubCrafters and Aviat are pumping airplanes out of their factories, they’ll never be out of airplanes to make unairworthy. And, thanks to the corporate sponsors that endorse these kinds of events, and the social media stars that perpetuate them, they’ll never lose the prying eyes of the spectators that have once come to these events to see that guy Trent Palmer who makes great videos fly, but now come like NASCAR fans to see who’s going to bend a nickel-edged prop first.

When interviewed by local news outlets as neighbors choked back tears wondering when the next crash might come, ArkanSTOL event co-founder Rusty Coonfield said with regard to more accidents happening at this year’s event that with “what we’re doing … it’s a possibility.” Again, nobody is surprised this happens, yet we continue to let it happen. This innate unquenchable thirst for competition, for sponsorship, for internet points comes at a cost. And, while we send our thoughts and prayers to the pilot who’s suffering through the accident depicted above, I’m reminded of the following words from the late philosopher Jiddu Krishnamurti, who said “Real learning comes about when the competitive spirit has ceased.”

Roy Evans II is a professional aviator with over 25 years and 11,000 hours in all types of aircraft from light singles and twins to narrow body and wide body turbojet aircraft. He is president of the Utah Back Country Pilots Association.