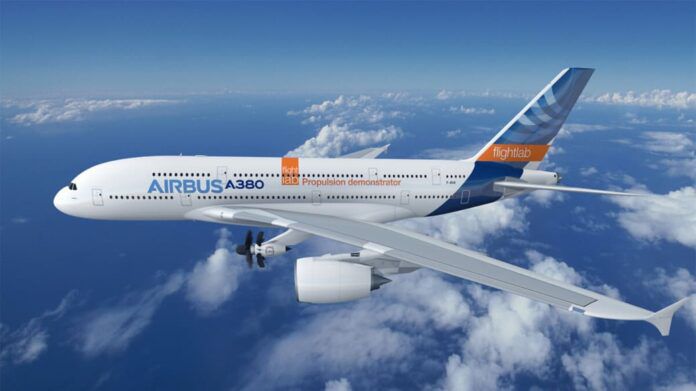 Airbus and CFM International are teaming up to develop and test open rotor engines on an A380. The Super Jumbo will carry the unusual engine on its inner left pylon. The double decker airliner will fly with the engine later in this decade in France. In the meantime, it will be ground tested and undergo flight test validation at General Electric’s Victorville, California, flight test center. The goal is to advance the cause of making aviation net zero for carbon emissions over the next 30 years.

“New propulsion technologies will play an important role in achieving aviation’s net-zero objectives, along with new aircraft designs and sustainable energy sources,” said Sabine Klauke, Airbus chief technical officer, in a statement. The engine design is expected to yield a 20 percent increase in efficiency. The A380 tests will test integration of the engine onto the wing, evaluate the aerodynamic impact of the engines and test them on sustainable aviation fuels (SAF).