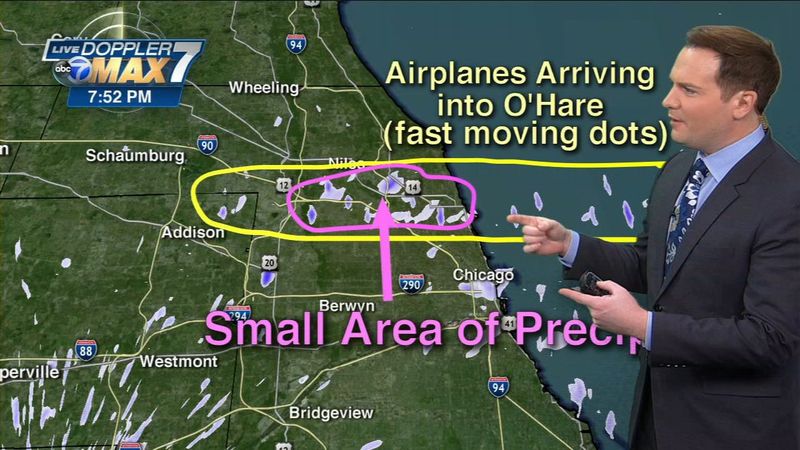 The world’s sixth busiest airport (by passenger traffic) actually created its own weather last week with a phenomenon known as “airplane effect snow” dropping a dusting of the white stuff over the airport and surrounding area last week. ABC 7 reported that meteorological conditions lined up to create the band of light snow, which affected an oval shaped area stretching from the Lake Michigan shore about 10 miles inland. A few flurries were also reported over Midway Airport about 20 miles south.

The conditions have to be just right to result in the phenomenon. The temperature was in the low 20s and there was lots of moisture in the air. The water took the form of supercooled droplets, which can remain in the liquid state down to -40 degrees. To form snow, they need a nucleus and the tiny bits of soot coming from aircraft engines can provide that cloud seeding mass. There was no accumulation of snow or impact on operations.