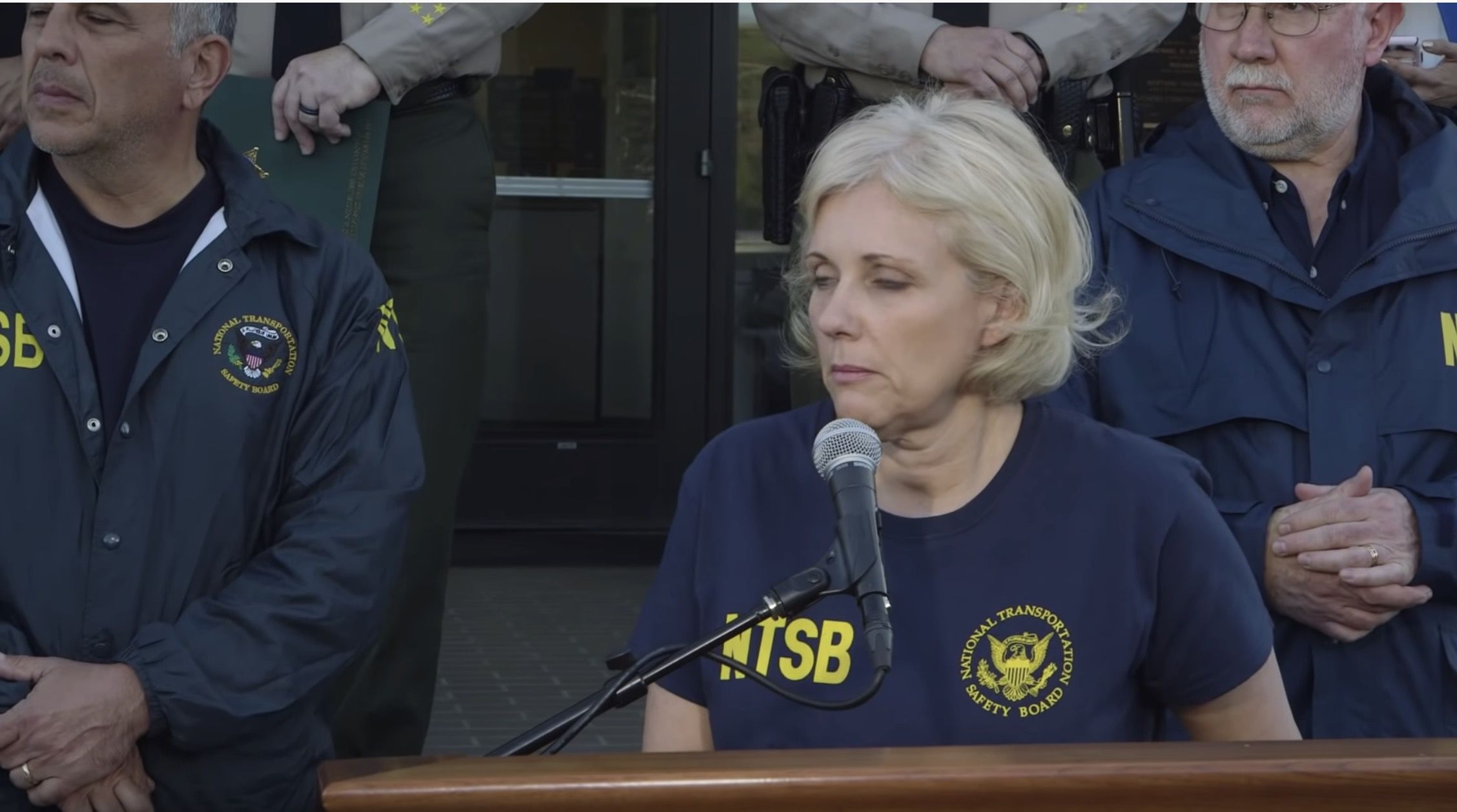 At its final press conference briefing in the Kobe Bryant fatal helicopter crash last week, the NTSB’s Jennifer Homendy reminded reporters that the FAA failed to act on two safety recommendations that would have required Terrain Awareness and Warning Systems (TAWs) and both flight data and cockpit voice recorders for aircraft above a certain size. Those recommendations were made in 2004 and 2005, but Homendy said the NTSB closed them as unacceptable after the FAA failed to act. TAWs is mandatory for air ambulance flights.

Late last week, the NTSB turned the crash site over to local law enforcement and safety agencies, but it continues its investigation into the Jan. 26, 2020, Sikorsky S-76B crash that killed former Los Angeles Lakers star Bryant, his daughter and seven others. The group was enroute from Santa Ana to Camarillo, California, to take part in basketball practice. The weather at the time was marginal VFR and the terrain at the crash site had been obscured by low visibility.

Investigators say they don’t know what terrain data pilot Ara Zobayan had available, but they confirmed that the aircraft was not equipped with TAWs. Zobayan did have an iPad with ForeFlight and although an iPad was recovered, it’s not known if it was Zobayan’s. The iPad and a recovered cellphone have been sent to the NTSB’s lab for examination.

When Homendy was asked if information gathered thus far sheds any light on the pilot’s decision making, she said, “That’s a difficult part of the investigation. And we look at the facts. And that’s what we’re focused on. We can’t make any assumptions about what someone is thinking,” she said.

While TAWs came up as a discussion point, the NTSB’s investigator in charge, Bill English, said no assumptions are being made about equipment. “We don’t have a conclusion that TAWs and this scenario are related to each other,” he told reporters during the press conference.

Investigators say the pilot appeared to be trying to climb, either out of the weather or away from terrain. But the aircraft eventually crashed at high speed in a left descending turn. Although the site was 20 or 30 feet below the top of the hill it impacted, English said the terrain was in an undulating ravine.

Homendy didn’t say if the NTSB would revisit its prior recommendations, but she did review the history. Following the crash of an S-76 in Galveston, Texas, that killed 10, Homendy said, “We issued a recommendation that stated: Require all existing and new U.S.-registered turbine-powered rotorcraft certificated for six or more passengers to be equipped with TAWs.” The FAA declined to pursue rulemaking. “In 2014, we closed the recommendation as unacceptable,” Homendy said.

In 2005, the NTSB assisted in another high-fatality crash into the Baltic Sea off Estonia. The S-76T crash killed 12 of 14 aboard.

“We issued a recommendation to require all rotorcraft operating under Parts 91 and 135 to be equipped with a CVR and FDR. The FAA failed to implement that recommendation. So we closed that as unacceptable,” Homendy said.

She said the NTSB will issue a preliminary report sometime this week or next and a final report, possibly with recommendations, in a year to 18 months.