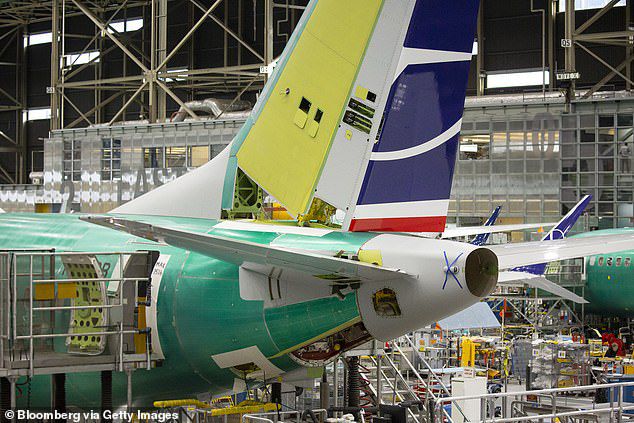 The Wall Street Journal is reporting that the FAA and EASA are at odds over a potential wiring issue that was flagged during ongoing review of certification procedures on the Boeing 737 MAX. Boeing recently alerted the FAA that a wiring bundle for tail section controls on the MAX and maybe the previous generation NGs might not have enough clearance from each other and may be at risk for short circuits. The fix would be relatively simple and inexpensive, taking about an hour or two to install a clamp. But the WSJ report, quoting unnamed sources, says the issue affects wiring at various locations from nose to tail and rerouting the wires could take about two weeks. EASA wants the wiring fixed before a return to service but Boeing and the FAA say the issue isn’t that urgent. The FAA Administrator is expected to rule on the wiring issue in coming weeks.

The WSJ says a compromise may be proposed where the 400 aircraft now in storage would be modified and those that have already been in service would get the rewiring when the aircraft are already down for scheduled maintenance or software upgrades. Although the issue hasn’t been resolved, it has already affected the recertification schedule since it has prompted the FAA to delay setting a date for a recertification flight. It’s not clear what impact, if any, the decision for MAX aircraft might have on NG models.