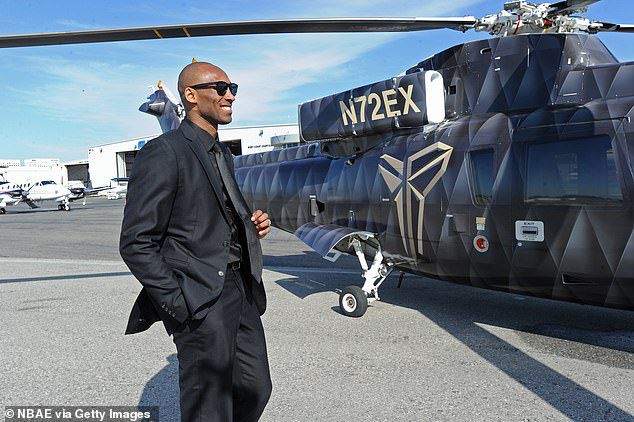 Unfortunately, and tragically, the accident investigation in this crash will likely yield a rather mundane result – pilot disorientation and CFIT. Aeronautically there may not be much to learn. Even the motivation of choosing to launch into marginal conditions after weighing the risk versus pilot experience and the reward of getting around the LA traffic while arriving in style at the venue could be examined. If it had not ended in tragedy, it might have made a good “Never Again” story.

The aviation lessons learned from this accident may not have to do with aviation at all. The insidious issue here is the temptation for someone famous to choose, or be persuaded into, taking a risk that would not be available to someone of lesser means. It’s hard to feel sympathy for a rich person who suffers an accident because they felt themselves to be invincible, but by all accounts, Kobe was not only a role model, but an active force for good in this world. He may have just assumed, as always, that his pilot weighed all the facts and made the safest choice at the time.

As a pilot, part of the go/no go decision process involves thinking about whether a risk might affect the people whose lives you affect. That one extra little item in the risk evaluation process might be enough to tilt the decision over to going by alternate means or not going at all, even if that means being late or disappointing someone. Unfortunately, the rewards of success go hand-in-hand with the responsibility for those who now depend on you for their own livelihood. Like it or not, that’s the reality.

Granted, the responsibility for the safe conduct of the flight rests with the pilot in command, but pilots are human. And sometimes the aura of one’s power and celebrity obscure the visibility even more than fog or low clouds. Maybe from this, it’s possible to come up with the idea of personal minimums for passengers so that they could be more active participants in the decision to launch, especially if one has enough power or influence that those around him or her might not be thinking as clearly as one might hope.

Shareholders in Boeing need to act now and replace most if not the entire board of directors. The BOD hires the officers and set long term strategy for the company. Firing the CEO and replacing him with a board member will do absolutely nothing. And $18B is just the tip of the ice berg. That $18B could have been spent to develop at least 2 clean sheet products which now will be delayed by years. And add in the incalculable cost to the company’s reputation.

Boeing is reaping what it has sown. Unfortunately, workers, suppliers, investors, airlines and contractors are paying the price. All the while the truly guilty get golden retirements worth many millions, other culpable bean counters get big bonuses and are told to shut up and forget everything. This mess has been going on for a long time at Boeing.

How sad it took the inexcusable deaths of almost 400 people for it to come to roost.