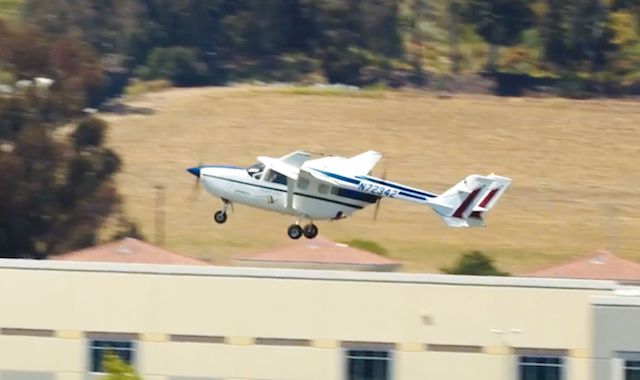 California-based Ampaire reports that it flew its electric hybrid aircraft this week for the first time and plans an aggressive test program toward commercialization in 2021. The hybrid drive is installed in a Cessna 337 airframe.

The company flew the airplane from Camarillo, California, on Thursday, but has offered little detail on the flight parameters or the nature of the hybrid design, other than to say it’s of parallel architecture. As we reported from the Aero show in Friedrichshafen in April, most electric airplanes thus far are pure electric and only one company, Pipistrel Aircraft, is actually selling electric aircraft. What hybrids have appeared as technology demonstrators have been serial designs, using an internal combustion engine as a range extender. Parallel designs use an electric motor as a power booster, range extender or backup.

Ampaire is developing its technology for the short-haul regional airline market. “Given the urgency of the climate crisis, today’s historic flight not only signifies a huge step forward for aviation, it also shines a light on Los Angeles’s leadership in transportation electrification,” said Matt Petersen, CEO of the Los Angeles Cleantech Incubator, a development group that Ampaire belongs to.