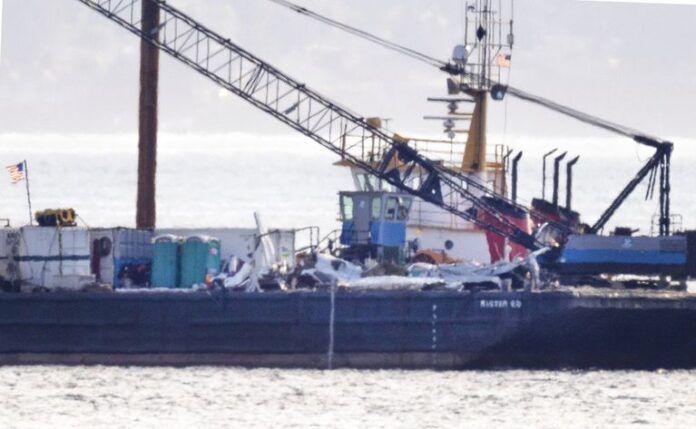 The bodies of six of 10 victims of an unusual floatplane crash in Washington State have been recovered, as has 80 percent of the wreckage of the turbine-powered De Havilland Otter. The Northwest Seaplanes aircraft suddenly plunged into Puget Sound on a flight from Friday Harbor to Renton on Sept. 4. The Navy has positioned a recovery barge over the site and is bringing up the result of the crash from a depth of 150 feet using underwater drones and a crane.

NTSB Chair Jennifer Homendy said Thursday the engine and much of the aircraft structure has been recovered. Local authorities said five of the six bodies have been identified and they’re still investigating whether a body that washed up on a nearby beach was on the plane. One of the bodies, identified as 29-year-old Gabby Hanna, was recovered shortly after the crash. The identities of the others will be released after next of kin have been notified. The Otter was the youngest DHC-3 in the fleet and was the last one off the assembly line in 1967. It was fitted with a Walter turbine engine in 2014.