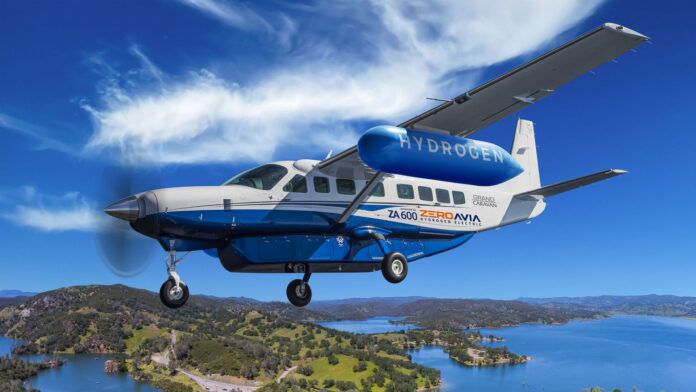 Textron has teamed up with California-based ZeroAvia to develop a hydrogen-electric powered Caravan. The companies want to get an STC for the design, which will carry hydrogen in a wing tank to run ZeroAvia’s ZA600 powertrain in place of the PT6 that powers standard Caravans. The two companies said in a joint release that carrying the hydrogen under-wing leaves the fuselage free for its normal passenger and cargo load. Performance projections were not included in the release but the duo hopes to have the plane in service by 2025.

“The famous Cessna Grand Caravan is on track to be one the first airframes operating commercial services—both cargo and passenger—with hydrogen-electric, zero-emission engines,” said ZeroAvia CEO Val Miftakhov. “We applaud the visionary leadership of Textron Aviation in joining us to help transform a much-loved mainstay of sub-regional aviation into a symbol of sustainable transformation in aviation.”