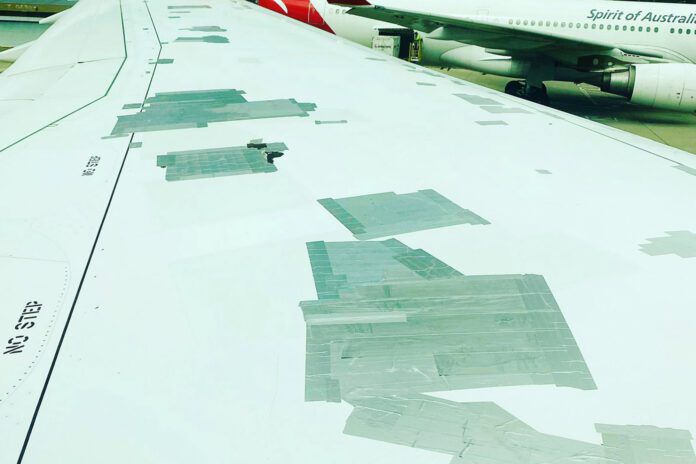 Air New Zealand is calming passenger fears after conducting a flight with a two-year-old Boeing 787-9 with large patches of speed tape adorning the upper side of the wings. According to the New York Post, Australian opera singer David Wakeham had an overwing window seat on a recent flight, snapped a picture of what he assumed was duct tape and added a sarcastic comment in a tweet. “When choosing your favourite airline, choose wisely,” he tapped. “Profits before safety.”

Well, the post naturally went viral with all the usual imaginative comments and Air New Zealand had to explain that it wasn’t duct tape after all. It was aviation-approved speed tape used to patch up peeling paint on the wings. The paint issue is an annoyance on some 787s and is thought to be the result of high exposure to ultraviolet radiation at altitude. Boeing, too, has had to explain the tape patches. “The peeling does not affect the structural integrity of the wing, and does not affect the safety of flight,” a Boeing spokesperson told aviation publication Simple, according to the Post.