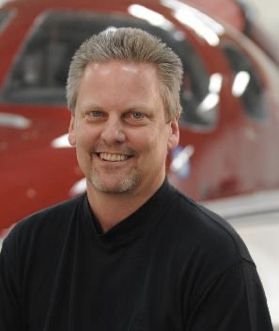 According to COPA, “Dale is the only person at Cirrus Aircraft who has seen every step of an amazing journey from the basement of his parent’s barn to the No. 1 general aviation brand in the world. Every pilot of the more than 7,000 Cirrus aircraft built, each flight instructor who has taught in a Cirrus, all mechanics who have serviced a Cirrus and all of the employees and suppliers who work for and with Cirrus are indebted to Dale for his determination to create a world-class airplane.”

Cirrus has grown dramatically from its early beginnings and the unconventional VK-30 homebuilt, and so it continues to do so. “It is fitting that COPA honor Dale as he announces he is stepping down from the post of Cirrus Aircraft’s chief executive officer (CEO),” said COPA in announcing the award. “During [Klapmeier’s] tenure as CEO, Cirrus certified the SF50 Vision Jet while producing the best-selling GA airplane in the world. Without Dale there would be no COPA. With 5,800 members and growing, COPA chooses this time to honor Dale with a lifetime achievement award at a ceremony which will bring together the largest gathering of Cirrus owners ever assembled.”