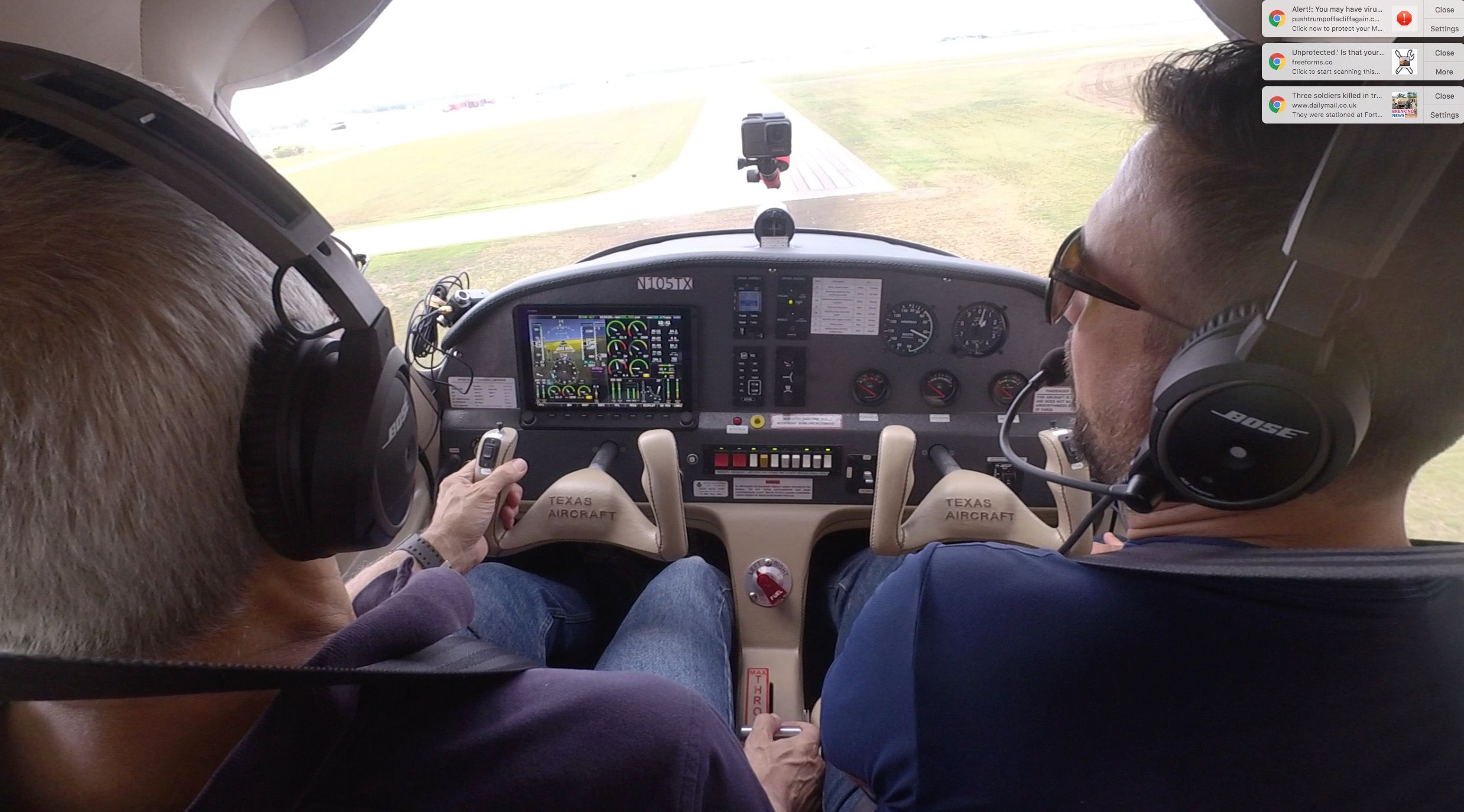 I gotta get out more. Or maybe be more selective in the places I get out to. Here I had been laboring under the notion that pilot training and pilots themselves are probably as competent as they’ve ever been.

And why would I think this? Mainly accident rates, both in general aviation and in for-hire flying, which I analyze compulsively.  These are at all-time historical lows and although we and other news outlets keep publishing stories about the erosion in stick-and-rudder skills, pilots keep having fewer accidents. Maybe their underwear is just soiled, but not bloody.

In spending a couple of days this week rubbing elbows with DPEs and instructors at Redbird’s Migration training conference in Denver, I heard some discouraging stories about the low caliber of applicants—especially instructors—who are percolating through the training system. Roger Sharp, late of Redbird and now a DPE in Texas and author of the self-published 20 Ways to Fail Your Flight Test: A Practical Guide to Earning Your Notice of Disapproval, told us several horror stories, including one of the applicant whose instructor told him short field landings should be done without flaps.

Todd Shellnutt, a DPE for ATP, shared similar tales with me and although we both agreed this sort of thing has been going on for years, it may be worse now for the pressure being put on pilot hiring. The last time I remember pilot uptake being this hot was during the 1960s, when several airlines took people off the street, trained them, and put them in the third seat, when there was a third seat. We didn’t call it ab initio then, but that’s what it was. Later in the same decade, when pilots came home from the Vietnam war, the trend reversed.

There’s much comment about how we’re just teaching to the test. Ya think? I heard that when I was a callow 19-year-old student pilot. I didn’t exactly have a lot of money for seasoning from some of those steely-eyed old veterans haunting the flight school shack. (They were probably 25.) So they taught me to pass the checkride, I did, and survived the first 500 hours without killing myself. I’m a better aviator for it, for lessons learned alone while scaring myself half to death. You tend to remember better under those conditions.

At the industry events I attend, there’s always someone talking about future pilot demand and how the supply will fall short. While this appears to be true, I think there are gradations to it. If the demand for training were at the high end of the described scale, wouldn’t Cessna and Piper, between them, be selling more than the 60 training airplanes per quarter that they are now? Or is that now what constitutes high volume? Beats me.

One of the goals of the Migration conference is to showcase the latest in cutting-edge training techniques using simulators and computer-based technology. It was attended by about 300 people, with 70 percent this year who had never attended before and thus missed some of Sharp’s more twisted jokes.

While Redbird has made inroads in the use of simulators as integrated training tools, lots of schools still don’t use them, either because they can’t afford them or don’t believe in them. In some instances, instructors don’t like them because using them doesn’t allow them to log time towards that airline job. Sharp says that’s okay with him, because he makes more money on re-tests. (Some DPEs, by the way, are charging as much as $1500 for CFI rides.)

Aviation in general and flight training in particular exhibit remarkably robust hideboundedess. Early adopters are the true believers in sims and online training, but the old ways die hard. Sharp made one point that some just won’t accept: It’s a waste of expensive instructor time for schools to offer their own ground schools. John and Martha or Jeppesen do it better and it’s all the same stuff.

As Redbird’s GIFT gains refinement and fielding, the pre-flight and post-flight briefing may need some attention, too. GIFT—Guided Independent Flight Training—is a graphics-based app that does just what its title implies. It or something like it points to an inevitable future. I could preach to the choir of Luddites and decry intervention of machines over man, but madly mixing metaphors here, windmills like that are water under the bridge.

At one breakout seminar I attended, the owner of a South Carolina flight school was explaining how to price the simulator, how to encourage its use beyond the basics and, more important, how to make money with it. And it’s not just a money tap on the client’s wallet. Integrated simulator training moves students through the program more efficiently and, according to the data, improves checkride pass rates.

Flight instruction, dare I say it, is a grind. So is being a busy DPE. The burnout rate is not insignificant. Against that backdrop, I’m always inspired by people whose passion for aviation and teaching aviation makes my own warm feelings for the calling seem like mere musings. AOPA singled out for awards a number of flight schools from various parts of the country and yeah, it’s glad handing, but I also noticed many of these were staffed by Millennials, if not younger people. So just take your Millennial jokes and stuff ‘em…well, you know.

From the Ninja-level inspirational dedication file comes Christopher Kreske who, based on student surveys, AOPA picked as the national CFI of the year. He’s a retired F-15 pilot and a current airline pilot but still finds time—and motivation—to instruct. Respect.

Further respect for one Kirk Lippold, who was commanding officer of the USS Cole when it was attacked by terrorists in Yemen in 2000. At Migration, he gave a riveting talk about the experience and how the crew battled to save a ship that should have sunk. What does that have to do with aviation? Nothing and everything. He related how his decision making was guided by the same principles pilots much use in sorting through an aircraft emergency. No one moved an inch during his talk, which drew standing applause.

Lippold is a Naval Academy graduate and as he described his experience, I thought about how effective the military academies can be in molding leadership into the people who rise to command. I also thought about his experience in the context of the U.S. Navy’s glorious and world-renowned history of at-sea damage control in the stories of the Franklin, the Yorktown, the Forrestal and the Enterprise. On my current recommended reading list is Halsey’s Typhoon, the harrowing story of the U.S. Third Fleet caught in an intense typhoon in the Philippine Sea in December 1944.

The sea was so violent that airplanes on hangar decks were ripped free of their chains and caught fire in the subsequent chaos. One ship, the light carrier USS Monterey, was ablaze from stem to stern and ordered by higher command abandoned in the teeth of a Cat 5 typhoon. The captain demurred and sent a young junior grade Lieutenant below to fight the fire. They saved the ship and that young officer went on to bigger things. His name was Gerald R. Ford.