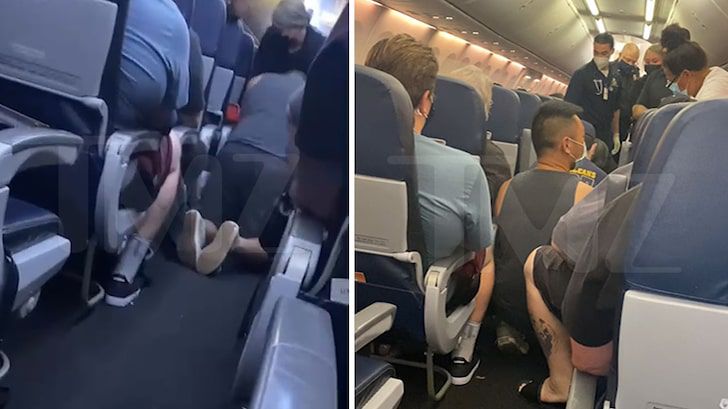 A New Orleans coroner has confirmed a man who fell ill on a United Airlines flight last week died of COVID-19-related respiratory failure. One those who tried to save his life says the harsh judgment the victim and his wife have faced on social media is unfortunate. Tony Adalpa, an emergency medical technician from Los Angeles, was one of four people who took turns doing CPR on Isaias Hernandez for 47 minutes in the aisle of a United flight from Orlando to L.A. on Dec. 21. Early reports suggested Hernandez knew he had the virus before boarding. Adalpa told the L.A. Times that the victim’s wife told him, during the crisis, that her husband was having trouble breathing and planning to be tested after getting to L.A. After the flight diverted to New Orleans, Hernandez was pronounced dead on arrival at a hospital there.

Adalpa said he too has been feeling unwell since the incident but has tested negative for COVID-19 three times since then. He noted that while he and the others did chest compressions, they used a ventilator bag to blow air into Hernandez’s lungs. There was no mouth-to-mouth resuscitation. Since the diagnosis was confirmed, social media has been ablaze with condemnation about the couple’s decision to take the flight in light of the victim’s symptoms. Adalpa suggested to the Times that personal responsibility should be the deciding factor in whether to board an airliner. “Taking a test isn’t a permission slip to be out there,” he said. “If you’re feeling sick, you have to take that into consideration.”